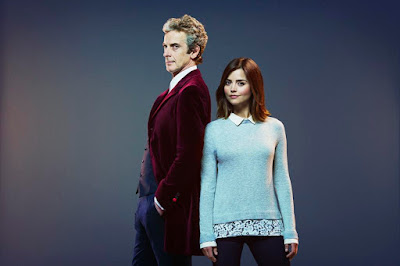 Did you see the series nine premiere of Doctor Who, "The Magician's Apprentice?" If not, you're probably going to want to take care of that -- because *SPOILERS* -- and then come back when you're ready to check out the behind-the-scenes videos below.... I'll wait.

Who is (are?) Colony Sarff?

The uniquely complicated relationship between Missy and the Doctor...

No doubt Peter Capaldi's musical past came in handy with the Doctor's guitar!

Now that we're all caught up, let's take a look at the part two of the series opener, "The Witch's Familiar."

So, what did you think of the opener? I thought it was a fantastic way to start off the new series! I'm excited to see what's to come.