'Under the Dome' Coming to an End 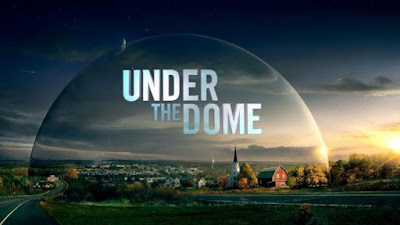 CBS announced today that Under the Dome will come to end with the episode airing September 10. Originally planned as a limited run, the series, based on Stephen King's novel and produced by Steven Spielberg's Amblin Entertainment, has lasted three seasons -- so it's probably fair to say it had a good run.


"Two years ago, Under the Dome broke new ground in the summer and became an instant hit on CBS, as well as with viewers around the world," said CBS Entertainment chairman Nina Tassler. "Dome’s event storytelling and multi-platform business model paved the way for more original summer programming with the successful rollouts of Extant and Zoo. We’re excited to present the final chapter in Chester’s Mill as the story comes full circle, with the Dome coming down as dramatically as it went up."


We'll find out what happens when the dome finally comes down in the concluding episodes of Under the Dome, airing Thursdays on CBS at 9/8c.