Trading Back To The Future

Growing up in the pre-internet age of the ‘80s and ‘90s, it was difficult to satisfy your craving for movie memorabilia.  You couldn’t search ebay for a collectable or simply google a title to find pictures of your favorite cinema heroes to tack on the wall.  Sure, there were movie franchises like Star Wars that offered everything from plush dolls to lunch boxes; but for other classic films like Back to the Future, finding special items to re-live your favorite scenes were a little harder to come by.  But, one thing that could often be relied upon in those days was the trading card.

For  geeks like me, it wasn’t about scoring a limited edition Michael Jordon or Ken Griffey Jr. card…  it was the hunt for a Marty McFly, Sloth or Gizmo card.  A 25 cent pack of movie trading cards captured a frame of action, suspense or a special effect shot that you otherwise wouldn’t be able to dissect until the eventual VHS release, seemingly years down the line.

Back to the Future has been my favorite movie since the Saturday I saw it in the summer of ’85.  With its original characters, top notch visual effects and an air-tight script, it is for my money the perfect movie.  Unfortunately, the film has often lacked in the merchandising department.  Aside from a great soundtrack album, a killer one-sheet poster and a so-so movie novelization, there was little to covet off the shelves from this film following its release.

Then came the sequels.  With the approaching release of Back to the Future Part II & III, it seemed as if Universal Studios had finally figured out that this franchise deserved a larger footprint in the collector’s marketplace.  At last there were items for fans to take home: futuristic sunglasses from Pizza Hut, a poster of Marty on a Hoverboard, even  the occasional stuffed Einstein.  But the best prize in my eyes was Back to the Future’s entry into the world of trading cards. 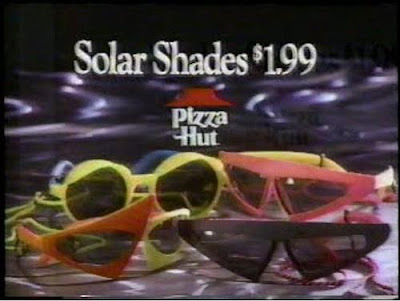 As an avid collector, I have spent countless dollars and hours collecting these wax packs of cards in order to fill not only my checklist, but also my movie memory bank.  A pit stop to 7-11 became less about what Slurpee flavor was on tap and more about how many packs of cards they had at the register.  Trading dupes with friends became a serious bartering event as if we were training for the New York Stock Exchange.  At recess, showing off a 3-ring binder stuffed with a complete set of 88 cards was like Vincent Vega opening the golden briefcase in Pulp Fiction; eyes would glow and mouths would drop in awe.  If trading cards were the currency of a junior high schooler, then Back to the Future Part II cards were worth millions. 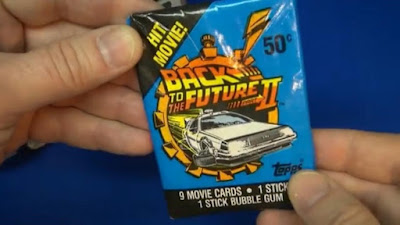 Unwrapping a pack of cards to find images of Marty & Doc on their adventure through time was like watching the movie all over again.  Trading a buddy an extra card of Marty confronting Griff for that elusive DeLorean sticker was a thrill.  Completing a set was such an accomplishment… and a let down. 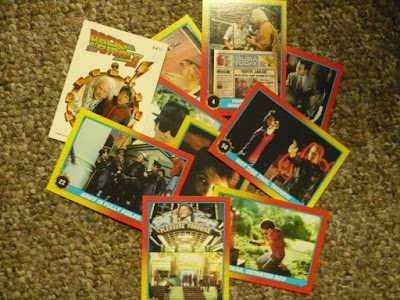 Once a set of Back to the Future Part II cards is collected, what does one do with their adolescent life?  “If only they would release a set of cards for Back to the Future Part I and III as well!”  These words were uttered by my friends and I constantly as we yearned for more food for our cinefile brains.  “I saw some packs of Back to the Future Part I
cards at the comic shop last weekend,” one kid announced.  “No way!” I thought.  That night I begged my dad to take me to Pegasus Books in downtown to buy the elusive BTTF1 cards.  I headed right for the display of movie trading card boxes and all I saw were the standard BTTF2 cards that I already owned.  After asking the clerk where I could find these new cards, I was told they didn’t exist and to his knowledge would never exist.  Sheesh, another case of a kid talking trash to make himself look cool.

I would continue to cherish my BTTF2 cards, storing them in protective sleeves and staring at them for hours on end to get my time travel fill.  But for years since, I have always wished that more cards would have been made for the other two films. 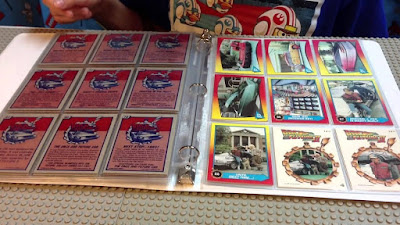 So, in honor of the 30th Anniversary of Back to the Future, and to satisfy my lifelong obsession, I have decided  the only way to see these cards is to make them myself.  For the 30 days leading up to “Back to the Future Day” on October 21, 2015, I will be releasing an original digital trading card per day on my Twitter page
(twitter.com/darrenleis) and the BTTF.com Facebook page.  This is my way of paying tribute to the most important film of my life, as well as adding something new to the Back to the Future canon.  I hope fans will look forward to seeing what new card will be unwrapped everyday as we lead up to this historic anniversary event.

To all the collectors and film lovers out there, you’re never too old to keep searching, wishing and dreaming… if you put your mind to it, you can accomplish anything. 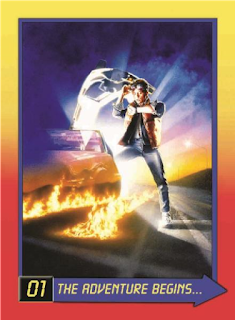