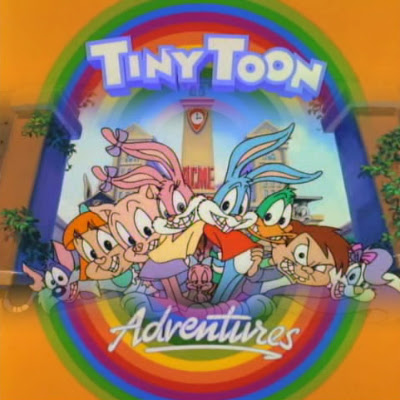 Twenty-five years ago today (September 14), Steven Spielberg took the whole prequel-idea one step further by introducing the world to the Tiny Toons, the younger versions of (some of the) classic Looney Tunes plus a lot of other wacky characters. 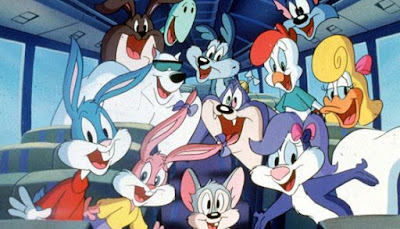 The show was hosted by Buster and Babs Bunny (No relation!) and their friends Plucky Duck, an egotistical power crazy duck much like Daffy Duck, and Hamton Pig, a shy, kind-hearted pig with low self-esteem but just like Porky Pig, but is a Neat Freak. 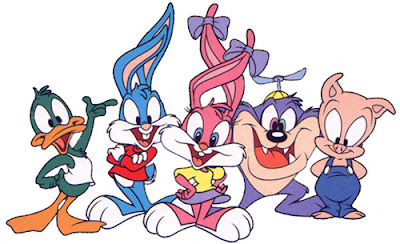 The toons were constantly terrorized by Dizzy Devil, a purple version of Taz; Elmyra Duff, a dangerously childish, animal loving freak of nature which makes any animal who comes near her run; and lastly, we have rich kid Montana Max, who goes by the philosophy that rich people never pay and hates everyone and everything. 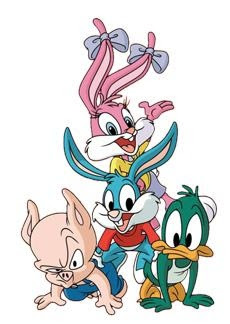 The toons got their vast cartoon smarts from the Acme Looniversity school, with the famous Warner Bros. cartoon stars as teachers. The school also had a rival as well, Perfecto Prep., a school with a reputation of cheating characters. 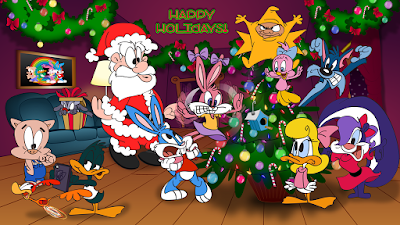 The series was broadcast for 3 seasons, between September 1990 and Octover 1994, and led to two specials: Night Ghoulery (May 1995) and It's a Wonderful Tiny Toons Christmas Special (December 1992), one feature length direct-to-video movie in 1992 Tiny Toons: How I Spent My vacation, and two spin-off series: The Plucky Duck Show in 1992 and Pinky, Elmyra and the Brain in 1998. 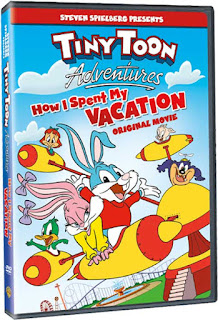 The series was the first one that Steven Spielberg's Amblin Entertainment co-produced with Warner Bros. Animation. It was followed in 1992 by the (even more popular) Animaniacs, where even a few of the characters (Buster and Elmyra) appeared in a few of the episodes. 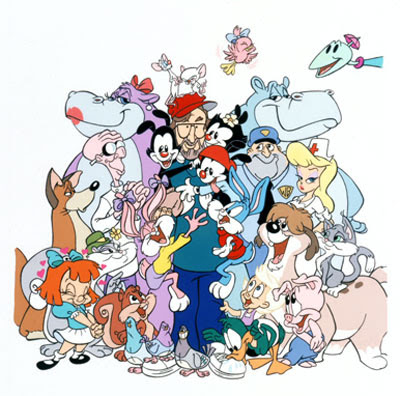 Spielberg loved this series so much that he actually contributed as a voice actor in one of the episodes, whereas his appearance in Animaniacs was (merely) voiced by Frank Welker.

If you want to find out more about The Tiny Toon Adventures, check the links below:

And in case you don't know what the opening song sounded like (but be warned, once you hear it (again) it won't be easy getting it out of your head (again)...


As far as I could find out, everything but the two specials should be available on VHS and/or DVD. (but please correct me if I'm wrong, so I can try and complete my collection too). 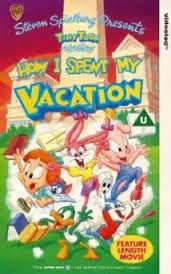 And to Buster,Babs and all the members of the gang I would just like to say:

Have a Loony Birthday.