Spielberg On John Williams Not Scoring Bridge Of Spies - "It's Just a Blip." 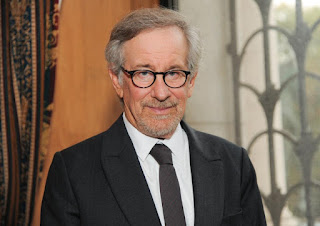 For only the second time in Spielberg's movie career are we getting a soundtrack that is not composed by John Williams.  In a recent interview with Jake Coyle, the director is promoting his latest movie, a spy thriller starring Tom Hanks called "Bridge of Spies.  In the interview Spielberg tells us that the decision to not have John Williams score one of his movies is just a blip and Johnny Williams will be back to do BFG.  He did say he is excited to work with Johnny's replacement, Thomas Newman.  However does this statement more or less confirm that Spielberg and John Williams will be collaborating once more for READY PLAYER ONE?  It looks likely.

Here's the quote from the article in which Spielberg talks about John Williams:

Spielberg: Johnny Williams will be back to do "The BFG." We've only not worked together twice in 42 years. The first one was "The Color Purple" in 1985 and the second time was because Johnny had a small medical procedure that precluded him from writing and scoring my movie in the window that he was going to do it. He's fine, he's 100 percent back to work on "Star Wars," but it sadly precluded him from working on "Bridge of Spies." I was able to work with Thomas Newman, who I'm a huge fan of. This is just a blip and we're both sad about it, but we're excited to get back together for "BFG" now.