Home to the Future 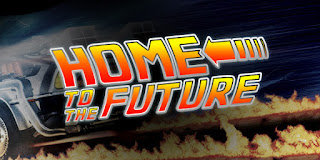 A month from now on 21st October Marty McFly will land in Hill Valley, a small town in California, after travelling from the past via Doc Brown’s seriously modified DeLorean.

It is unlikely that anyone in 1985 would have predicted such an increase, however the film makers did get a lot of other things spot on. Consumer technology has come a long way since the 80’s and today everything revolves around one item in particular, the mobile phone.

eMoov.co.uk has surveyed 1,000 UK homeowners, and found that a fifth of them placed the greatest importance on the strength of the phone network, when buying a house. A further 25% placed the availability of super-fast broadband as the most important factor, highlighting the importance technology now has in the purchase of a home.

Now your smart phone can do a ridiculous amount of things around the house, from turning on your heating and electricity from a remote location, doubling up as a TV remote, ordering shopping online to be delivered to your door, even searching for a new house. 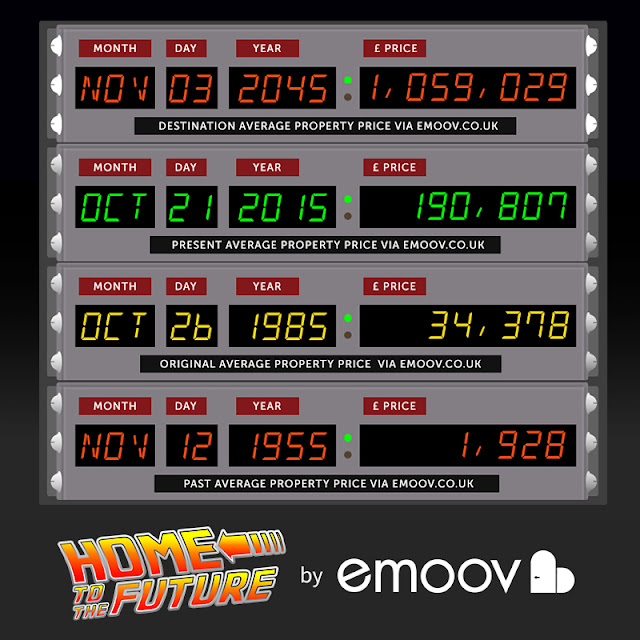 But what else did the Back to the Future franchise boffins predict 30 years ago?

Perhaps the most iconic of the futuristic gadgets in Back to the Future was the hover board. Unfortunately a free roaming hover board is is yet to come to fruition, despite attempts by the likes of Lexus. However there are a few next bests on the market. The Hovertrax is a two wheel vehicle that allows the user to stand on the base of the two wheels and operate it via a wireless handheld trigger. A smaller, lighter evolution of the Segway, it is small enough to pack into a backpack when not in use.

On entering the house of the future, Marty is amazed to see that the traditional method of lock and key has now become obsolete. Instead you gain access through a thumb print scanner, making the property burglar proof. This might seem like something from 3015, let alone 2015, but now a fingerprint lock for your home is available from as little as £80!

The house of the future also features ultra-modern, touch screen pads that can be taken anywhere and used for a variety of things. Flash forward to 2015 and not only is this tech in existence, but the tablet pc is a house hold item, used with ease by children let alone adults.

In the 80s Atari was a ground breaking entertainment system and many kids spent hours relentlessly battling against Space Invaders and Pong. Now these games are available on your mobile, for free, and games consoles have evolved at a staggering rate. Not only are the next gen consoles bringing immersive lifelike gaming experiences to our front rooms, controllers are now wireless and, alternative content, films, TV shows and more can be downloaded via wireless internet, straight to the console.

We are also on the cusp of virtual reality becoming a household product. Although the technology is alive and kicking today, it isn’t accessible to the masses just yet.

The TV has evolved alongside these consoles and if Marty was impressed by a slim wall mounted TV in the future, he wouldn’t believe his eyes if he saw Samsung’s latest 110 inch TV.

TVs now are so smart, you don’t even need a next gen games console to make the most of them. In Back to the Future, Marty engages in a real time conference call via the TV. In the 80s this must have seemed ludicrous, but now apps like Skype and Facetime mean you can call anyone, anywhere in the world, for free, via your television or mobile.

While on the call he is also amazed by an instant payment system, allowing him to send money through thin air without having to actually hand over the cash. Online banking has been around for a while now and Paypal also allows us to transfer funds via the internet, in safety, at the touch of the button. This has now gone one step further and I Pay and Google Pay now allow us to pay instantly without even using our bank cards.

Another development that is now a present day reality is 3D entertainment. Not only is this available in cinemas, but you can now purchase 3D TVs for your own front room. Ok they haven’t quite reached the level of sophistication Marty enjoys watching Jaws 3D in the film, but it is still pretty impressive.

In Back to the Future II they stated that the fax would be the most efficient way of communicating in this day and age. How wrong they were. The fax is now a dinosaur and although there may be a few still operating in captivity, they have long been replaced by email and scanners.

This said the principle of firing someone via technology such as fax, as shown in the movie, is very much a reality today. There have been countless cases whereby a business has cut loose its employees by email, text and even Twitter!

“It’s always funny looking back at old films and how they portray the present day. Although the portrayal of 2015 in Back to the Future is somewhat accurate, albeit a little more exaggerated, I don’t think even they would have predicted a house price increase of over a million percent.

Who knows what the house of 2045 will look like but if prices continue the way they are, the average UK house price will be over £1m.”