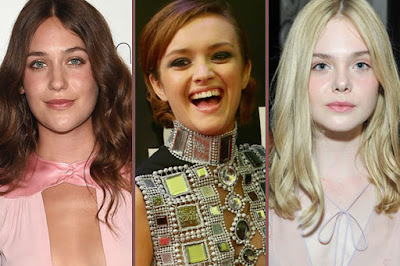 It seems that casting discussions for Steven Spielberg's Ready Player One is in full swing.  That's according to The Wrap.

Elle Fanning, “Me and Earl and the Dying Girl” star Olivia Cooke and “Mistress America” breakout Lola Kirke are three of the top contenders for the female lead according to the website.  Fanning, Cooke and Kirke will test for the role of Art3mis, the avatar of Samantha Cook within the Oasis, which is the virtual reality universe at the center of the sci-fi story.

Fanning will of course have previous experience with a Spielberg movie all be it an executive-produced movie as she appeared in the J.J. Abrams directed 2011 movie, Super 8.

Ready Player One will see a release in December 2017 and is shaping up already to be one of his most anticipated movies in years.