This custom Steven Spielberg figure has to be seen. 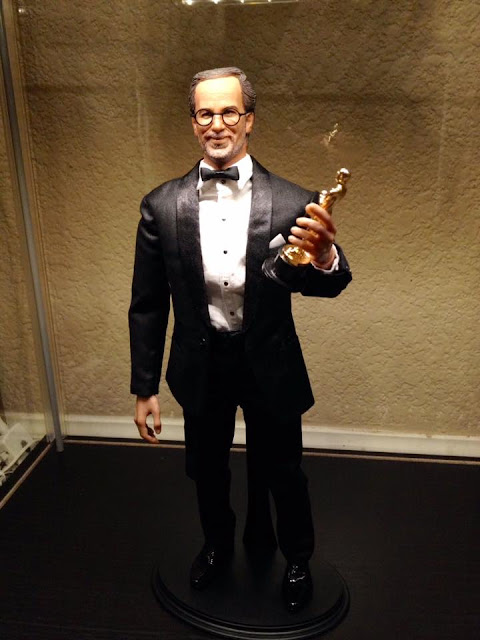 Super Jaws and Spielberg fan, Joe Fortunato posted these photos of his custom Steven Spielberg figure on his Facebook time line earlier today.  I Immediately thought I have to share it on The Bearded Trio.  Also I want one.  Joe you know what you have to do.

Here's what he had to say on making the figure:

When I made my custom Jaws figures, someone joked, "Hey, all you need is a Spielberg figure!" I thought, "Hey, that's a great idea!" So I found a custom head on eBay (this was already painted) then decided to be different than the usual jeans/jacket/sneakers/cap "director" style clothes, and instead go for a more classy "Oscar Night Spielberg." Well, it's finally done! 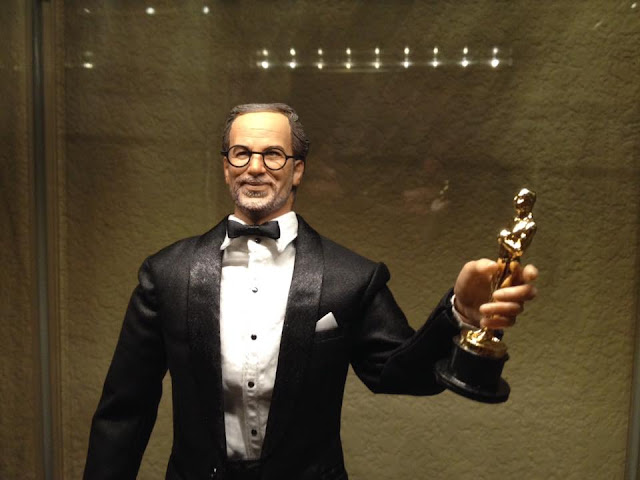 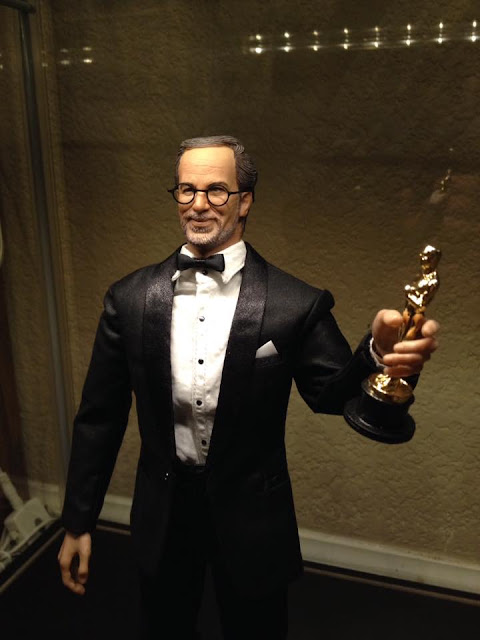