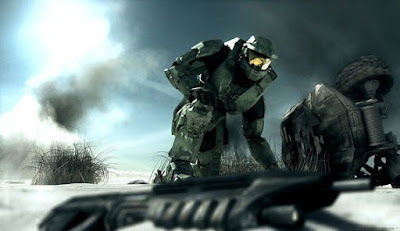 Remember that Halo TV series that Microsoft triumphantly announced while unveiling the Xbox One in 2013?  Even a video of Steven Spielberg was played.  Remember what he said?

“I wish I could be there with you today in person, but like all of you here today I’ve been playing games for decades. I even started playing Pong in 1974. And over the years that experience has exploded from the simple pixels of Pong to worlds that are as immersive as, and certainly more physically interactive than those portrayed on the silver screen. And those stories have gotten more compelling as technology has certainly improved.

“So for me, the Halo universe is an amazing opportunity to be at that intersection where technology and myth-making meet, to produce something really groundbreaking. I’m incredibly excited about the great journey we are all on, the heroes, worlds, and wonders that Halo will take us on.”

Well since then news has been slow and even non-existent.  After production house Xbox Entertainment Studios shut down last year, the fate of the project was on shaky ground but Microsoft quickly assured worried fans that the show would not be affected.

In May 2014 it was reported that Microsoft was in negotiations with premium cable channel Showtime for the show. Now, that link has apparently been confirmed, as Showtime president David Nevins confirmed that the program has found a home at his network.

That's it for now.  Nevins didn't give much more on the TV show but at least it's still out there.  Read the original article at IGN