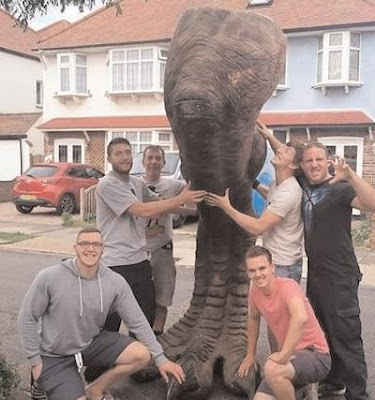 “I was searching eBay with a friend as the new Jurassic World came out.  We came across the leg and made a bid, never thinking we would actually get it as we thought it would go for thousands.  There was a £2,000 bid that beat us, but they pulled out and we won. We were so excited.”

He said: “I collected the leg with a friend who’s also a huge fan, from the seller in Norwich.  The journey home was funny as we got stuck in traffic and decided to make bets with families around us to guess what was in our van.  They were shocked when they found out.”

Joel added: “Now it won’t fit in the lounge we haven’t decided yet what we are going to do with it, we might even give it to a museum. I’m sure in years to come it will be worth a lot.”