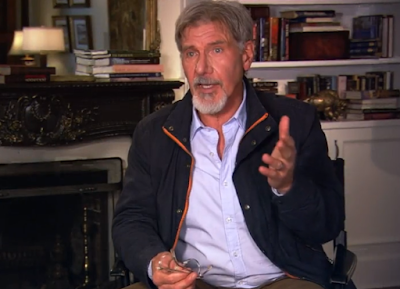 A few months back The Bearded Trio were lucky enough to interview actor Anthony Ingruber who appeared in the film, Age of Adaline.  In the movie he played a young version of Harrison Ford's character.  With Ingruber's name being mentioned as a possibility for the next Indiana Jones and even a young Han Solo, it's interesting to find out what Ford himself thinks of the young actor's potrayal of himself.  You can find out what he had to say from the extra that appears on the DVD which is available from September 8th.  Watch the clip below.