Young Han Solo Originally Intended To Appear In Revenge of the Sith.

The news hit the web today that a new anthology movie based on a young Han Solo is in the works and will hit screens in 2018.  Who do you think would be the perfect person to play the young scruffy looking Nerf herder?  A few names have already been mentioned including Chris Pratt but how young do they want to go?  Pratt may be too old if they go based on the concept artwork from artist Iain McCaig.  (Shown above.)  His work was originally intended for Revenge of the Sith.  George Lucas originally wanted a young Han Solo in Episode III.  McCaig on Solo:

It’s not in the script anymore, but we were told that Han Solo was on Kashyyyk and that he was being raised by Chewbacca. He’s such a persnickety guy later on – he always has to have the best of everything – so I thought it’d be great if when he was a kid, he was an absolute slob. 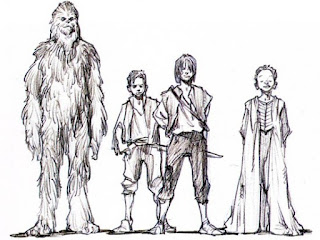 Here's the only line Solo was destined for in Episode III:

HAN SOLO
I found part of a transmitter droid near the east bay… I think it’s still sending and receiving signals.

YODA
Good. Good. Track this we can back to the source. Find General Grievous, we might…


Will the new Christopher Miller and Phil Lord have any reference to this?  Obviously we don't know at this early stage.  The bigger question is below: 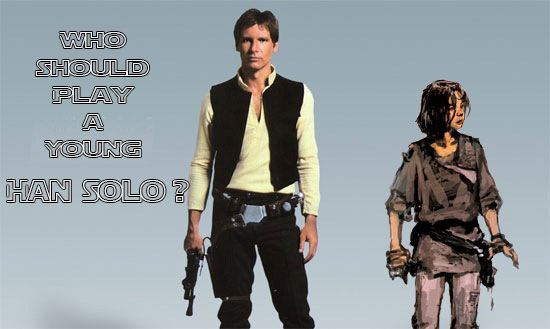