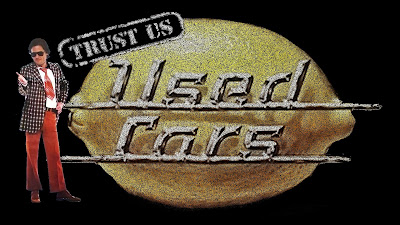 One year before Amblin Entertainment was founded by Steven Spielberg, Kathleen Kennedy and Frank Marshall, Steven, for the second time in his career, opted for the title of Executive Producer on a film he wanted to get made, but couldn't (or wouldn't) direct himself. Just like the first time he did this (in 1978) it was a story, presented to him and written by Robert Zemeckis and Bob Gale. 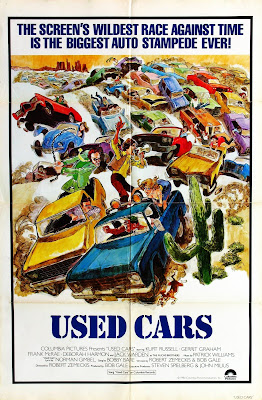 Used Cars, would turn out to become the third collaboration between Zemeckis, Gale (as writers) and Spielberg (after I Wanna Hold Your Hands, which Zemeckis himself directed and 1941, which was helmed by Spielberg). 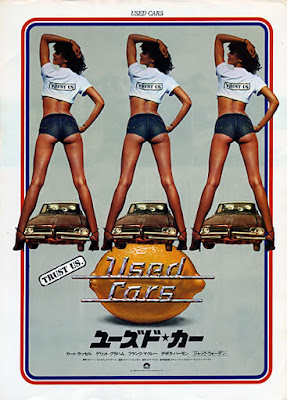 For those who have never seen the film (shame on you!):


The sleepy town of Mesa in Arizona has two used car lots, vying for the business of everyone willing to buy a pre-owned automobile. One of the lots is owned by Roy L. Fuchs, a corrupt proprietor hoping to get as many dirty politicians as he can, to fit in his back pocket, while the other lot is owned by Luke Fuchs, Roy’s twin brother. Roy is greedy and wants to take over his brother’s failing business, just so the city council can install an interstate highway that will give him the most market share in the town. There is only one thing stopping Roy’s plan from fruition. 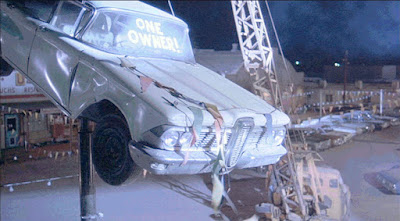 Over at brother Luke’s lot is a motley crew of employees who have kept the lot breathing a last gasp of life: Rudy Russo (Kurt Russel), a slimy yet likable salesman with aspirations to become a state senator, Jeff (Gerrit Graham), a very superstitious and nervous salesman with a different sexy girl in his arms in (almost) every scene, Jeff’s intelligent beagle hound Toby and Jim (Frank MacRea), a narcoleptic mechanic with a penchant for violent outbursts.

Rudy and his colleagues use every trick in the book, to sell their cars, but when Luke suddenly dies from a heart attack from a test drive from Hell, Rudy and co have to do whatever it takes to save the car lot from Luke’s brother Roy. 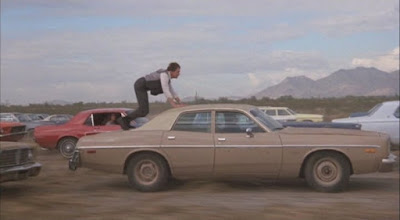 The finale of the film has to be seen, to be believed, it features hundreds of (used) cars and not all of them survive, that's all I can say. 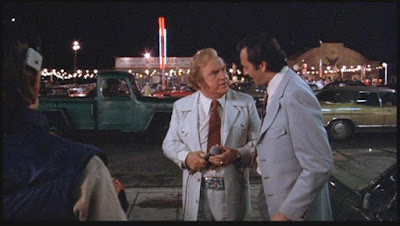 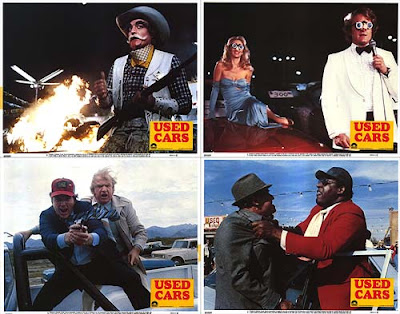 Originally Zemeckis and Gale had developed the story for Universal, but when they passed on it, the story was taken to Columbia, co-production-company on 1941 that they had written as well. Frank Price, head of Columbia at that time, loved the story (having worked in the used cars business himself) an greenlit the film. 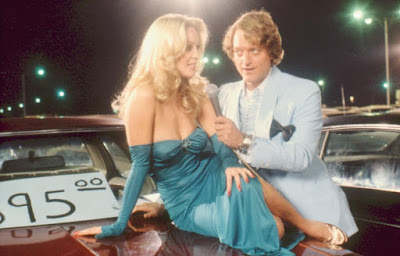 The production didn't go very smooth at all, props were stolen from the set, John Candy had to pass on co-starring, because his agent had double-booked him while he was working on 1941, there was a fall-out between Zemeckis and Gale with Spielberg over a scene where Rudy mocks president Carter (Spielberg was a supporter of Carter), the scene survived however, the same can't be said for the score that was written for the film by composer Ernest Gold, it was rejected however some parts of it were used in the end. 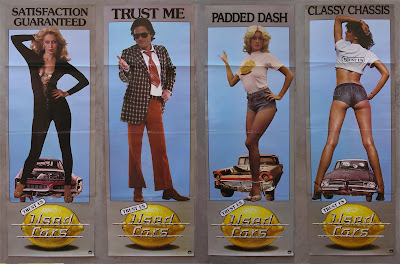 Time has been kind on the film, because when I rewatched it recently (not only because of it's 35th birthday) I still couldn't stop laughing for almost the entire film. 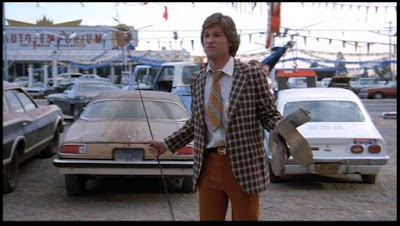 So give it a try (or a re-try), you won't be disappointed. Check the trailer below.