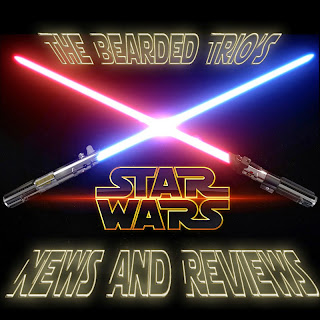 Lando is in a swish apartment admiring a trinket, on the bed behind him is a scantily clad lady called SSaria who is the Imperial Governor of the region! Lando tells her that he wanted to steal the jewelled item from her to pay off debts, but couldn't as he has feelings for her. 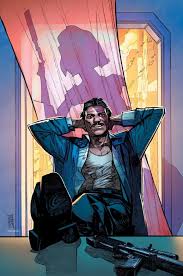 We cut to a cantina and Lando is talking to his old friend with the metal implants headphones, Lobot.  Lando tells Lobot he has the Jewel and has hatched a scheming plan, as they are talking a large gruff alien tells Lando that his boss is ready to see him.

The aliens boss is a weird species that seems to have pistol wielding flying pixies for guards.
He tells Lando he will take the jewel as 10% of Lando's debt and suggests another way to pay back the rest. 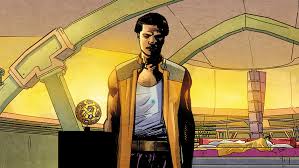 Lobot is not happy with just having 10% cleared and lets Lando know it, he suggests they should fight with the alien 'Toren' instead of paying the rest.  Lando convinces Lobot that this one last job will pay off big time and set them up for life.  They hire 2 fighting aliens as back up on their way to visit an Ugnaught called Korin whom it seems has lost an eye because of Lando at some point in the past. Lando explains their plan to him. The plan is to steal a rich Imperials shuttle from a space station including the rare antiquities inside.

Cut to Coruscant and the Emperor being informed of some bad news.........

This was a good solid start and I enjoyed it. I was a bit nervous about this one as i'm not a great fan of Lando the Lothario normally, especially the way he was portrayed in Star Wars Rebels.

Its good to see Lobot who you may remember from his cameo in 'The Empire Strikes Back', and was interesting to learn that the Empire gave him the implants to conduct battle strategies, those aren't actually a new range of beats headphones he is wearing!
There was also a good reference to Han Solo when Lando informs Lobot that not everyone likes knowing the odds. 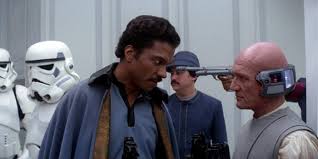 The art is nice and solid and the cover font and colours definitely have an 80's era feel to me.  The writers have done a good job in portraying Lando's character traits as the gambler, swindler and schemer. The ending leaves you wondering what will happen next, i'm guessing its not a good idea to steal from the Emperor!