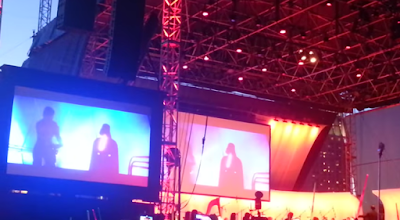 Star Wars fans had it good at this years San Diego Comic Con as they were not only treated to an exceptional panel from The Force Awakens cast but they also got to attend a surprise Star Wars concert.

At the end of the Star Wars panel, J.J. Abrams asked the 6000+ crowd “Who wants to go see a live Star Wars concert right now?”  The fans cheered and were ordered to leave Hall H and march outside to a completely free concert performed by the San Diego Symphony.

John Williams wasn't there unfortunately but he did introduce some of the music.  Here's a video: