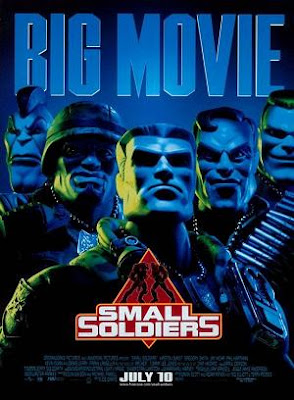 On July 10 1998 Small Soldiers, the sixth collaboration between Steven Spielberg and director Joe Dante (after Twilight Zone the Movie, Gremlins, Amazing Stories, Innerspace and Gremlins 2 the New Batch) went on general release in the US. 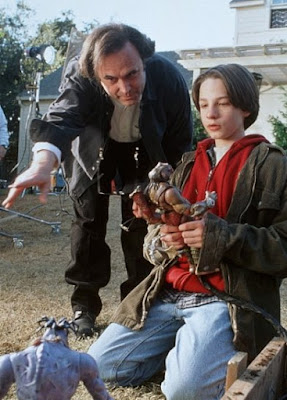 With a budget of over $40 million, expectations were high on this film, but unfortunately they were not met. In the end the film barely broke even on it's cinematic run.

In order to achieve that, here are a few behind the scenes stills of today's birthday-movie. 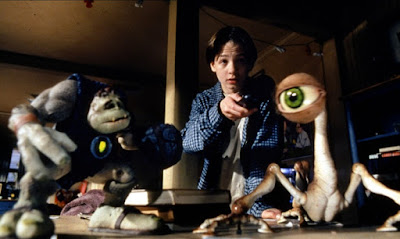 The late/great Stan Winston amidst some of the miniatures 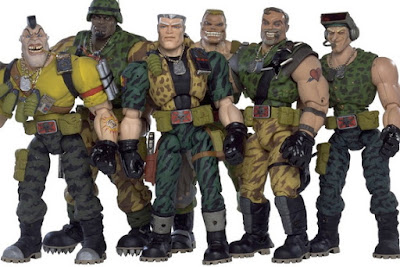 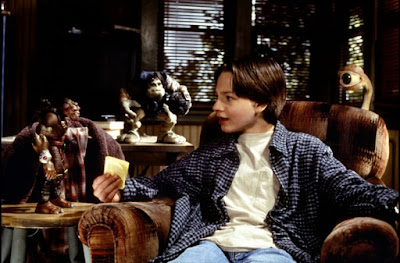 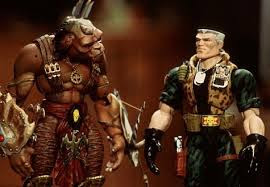 Stills aren't everything, I know, so here are a few clips behind the scenes of Small Soldiers.

And to finish it off: The Trailer of course...

Enjoy, and go ahead, give it another try. Who knows, you might enjoy the film.