The legacy of Jaws: 40 years on. Nigel Morris To Present Jaws Lecture At University Of Lincoln, UK 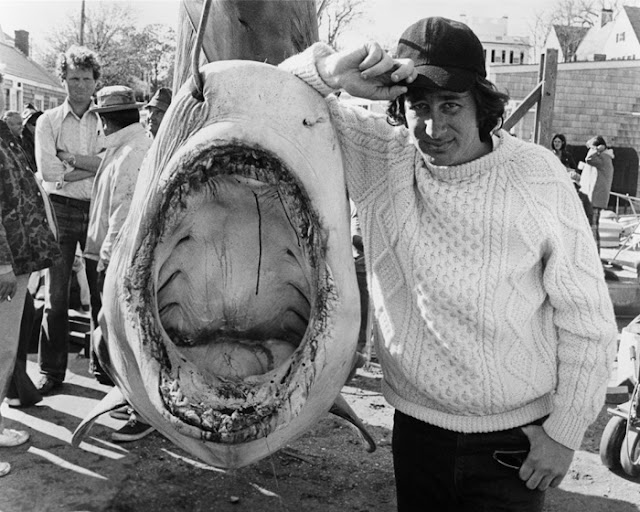 On the 40th anniversary of one of the most influential Hollywood films ever made, a leading scholar on the works of Steven Spielberg will examine how Jaws changed the global cinematic landscape.

The thriller about a man-eating shark which attacks a summer seaside resort was released on 20th June 1975. It is celebrated as the first global blockbuster, becoming the first film to break the $100 million box office barrier.

Forty years after its release, Nigel Morris, Principal Lecturer in the School of Film & Media at the University of Lincoln, UK, will lead a one-off symposium exploring the film’s far-reaching impact.

Nigel said: “Jaws is seen, rightly or wrongly, as the movie that changed cinema history. It changed the way Hollywood worked and became the first contemporary blockbuster – but this wasn’t intentional. The movie happened to be both a fine piece of entertainment and a masterly demonstration of cinematic craft, and it came along in the right place at the right time.

“Jaws is a relic from another era, but it seems as fresh now and it works just as well as ever. The movie works because it’s not just shark attack piled upon shark attack, but because it alternates light and dark, comedy and horror, action and contemplation, human drama and archetypal raw conflict – it is a consummate piece of filmmaking.”

Nigel is the author of the 2007 book, The Cinema of Steven Spielberg: Empire of Light (London: Wallflower Press), and the Project Editor of The Wiley-Blackwell Companion to Steven Spielberg (forthcoming 2015/16). He also convened the first international conference on the work of Steven Spielberg at the University of Lincoln, and guest edited a Spielberg special edition of The New Review of Film and Television Studies.

Nigel is the key-note speaker at Jaws: The Symposium, which takes place at De Montfort University in Leicester on Wednesday 17th June. Other film scholars from around the world will also give papers which examine Jaws from a variety of differing viewpoints including its place in legend, nostalgia and gender politics.

Nigel’s extensive work in this area has examined Jaws in the context of Spielberg’s other blockbuster films. He said: “Spielberg continues to return to Jaws. Although he refused to get involved with a sequel, he has referenced Jaws in many of his later movies, which suggests he sees it as more than just a highly profitable job of work. Jurassic Park was Spielberg’s return to the monster thriller picture, but it worked by having its own special qualities.”

“The legacy of Jaws is so far-reaching, and that is why we are still discussing and celebrating the film four decades after its release.”