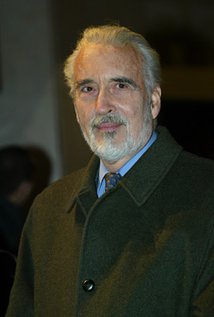 Sir Christopher Lee, has died aged 93.  The actor reportedly died at Chelsea and Westminster hospital in London on Sunday.  He had been hospitalised for respiratory problems and heart failure.

Lee was most famous for his part in Dracula and Frakenstein movies and appeared in more than 250 films.  Amongst them were Star Wars: Episode 2 Attack of the Clones and Revenge Of The Sith.  Other notable roles were Gremlins 2, Young Indiana Jones (Austria March 1917) and of course the Lord of the Rings trilogy.

A Royal Borough of Kensington and Chelsea council spokesman said: "We can confirm that the Register Office issued a death certificate for Mr Christopher Lee on Monday 8 June, Mr Lee died on Sunday 7 June."

He was knighted in 2009 for services to drama and charity and was awarded a Bafta fellowship in 2011.

Read more at the BBC

Scene from Gremlins 2 The New Batch