Jurassic World Just Had the Biggest Friday Opening Ever 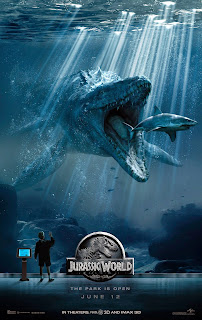 According to Forbes, Jurassic World just had the biggest Friday opening ever. Taking into account Thursday night previews, the total Friday take was $82.6 million. However, take away those Thursday numbers, and Friday has a "pure” gross of $64.1 million. That places it ahead of previous record holders Furious 7 (with $51.6 million), Iron Man 3 ($53.25 million), Avengers: Age of Ultron ($56.86 million) and The Avengers ($62.7 million).

That tally basically shows that Jurassic World isn’t a just niche movie for fans of the franchise, but that it has broad appeal for the movie-going public in general.

And there's still Saturday and Sunday... Will it hit the projected $200 million?

It seems clear, Jurassic World is the summer movie to beat this year. In my opinion, it deserves all the success.
Source: Forbes