Jurassic World: Chris Pratt on Jimmy Kimmel Live; Highlights from the US Premiere 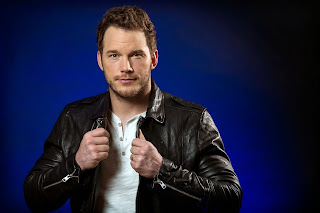 Chris Pratt appeared on Jimmy Kimmel Live this past Tuesday to promote Jurassic World and he shared his thoughts on working with Steven Spielberg.... and those Indiana Jones rumors.

After the appearance on Kimmel, it was time for the U.S. premiere of Jurassic World. Here's a highlight reel, featuring some red carpet interviews with the stars and director, Colin Trevorrow.

Later that night, after the premiere, Chris Pratt took the stage with Jimmy Buffet to sing the classic "Margaritaville." Good times - Enjoy!