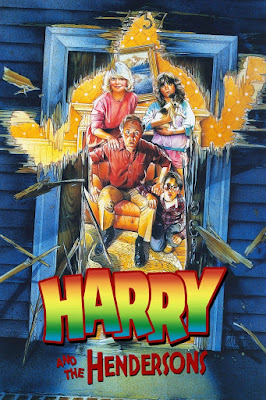 The film premiered 28 years ago, yesterday, June the 5th 1987, almost one month ahead of another Amblin production that summer. It would be the first Amblin Entertainment's production that didn't boast Steven Spielberg as either a Presenter or an Executive Producer on the poster. Was it because Steven didn't believe in the film, or was it just tough luck ? 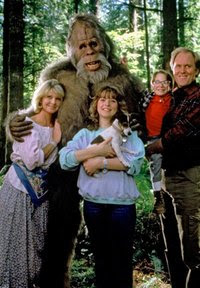 Fact is that Bigfoot and the Hendersons, directed by William Dear and starring John Lithgow, Melinda Dillon and the late Kevin Peter Hall, 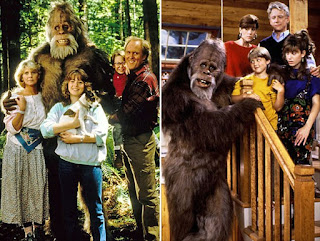 The filmcast left) versus the cast of the TV-show

turned out to be the first Amblin feature that would be turned into a (live action) television-series, with a slightly different title: Harry and the Hendersons, a couple of years later

(featuring an all-new cast, besides Kevin Peter hall, who would reprise his role of Harry, until his untimely death. 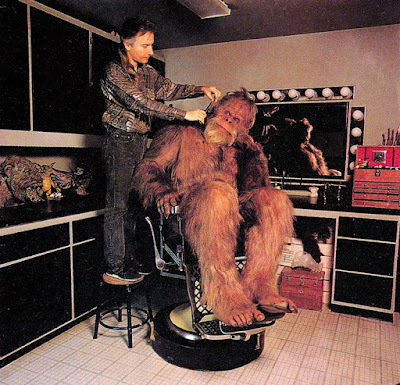 Presented as a family film, it featured lots of make up by the great, and now almost retired, Rick Baker. 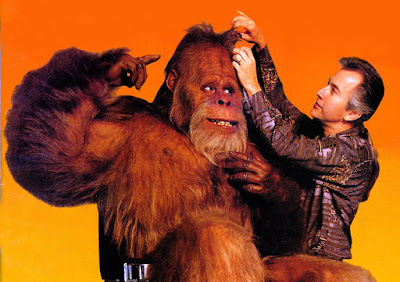 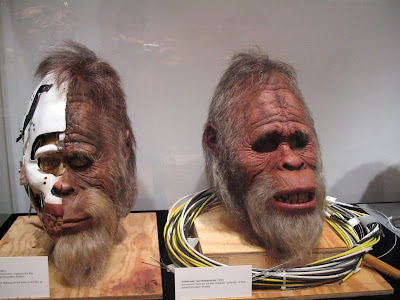 But let the man himself, do the talking on his bringing Harry to life.