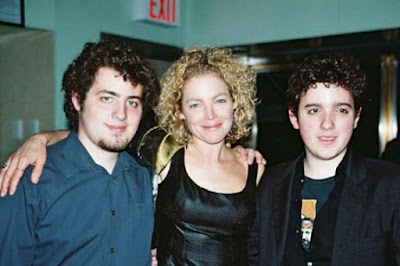 Max Spielberg,
mother Amy Irving and halfbrother Gabriel Barreto
Thirty years ago today, June 13 1985, Spielberg had his greatest premiere of the year, only 6 days after the general release of The Goonies: the birth of his (and his then-wife Amy's) son Max Samuel Spielberg. 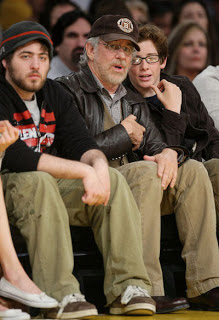 But even with a mother and father as busy in filmbussiness as Amy and Steven, Max didn't quite turn out to be the filmmaker father Steven had envisioned in 1989 when he Executive Produced Back to the Future Part II: 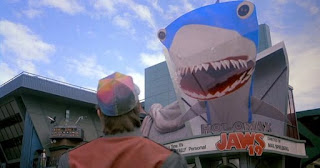 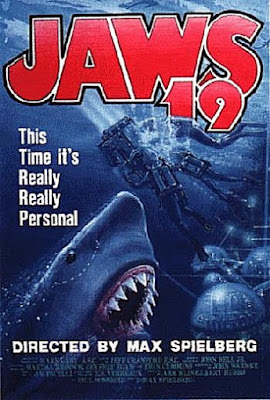 Besides some contributions to two videogames (Medal of Honor and Tresspasser), some assistant work for his mom on the film The Rage: Carrie 2 and being himself on the (made for his dad) documentary Citizin Steve, he can only been seen acting in a tiny bit part in his dad's Catch Me if You Can. 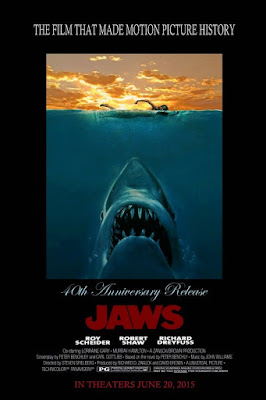 And as for that Jaws 19.... Maybe we should just stick with the memory of the classic, his father presented to us (almost) 40 years ago.