Frank Marshall - "No Discussion On Indy V Yet" 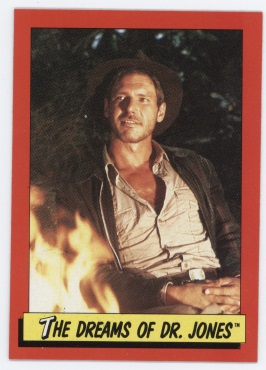 Frank Marshall has said in an interview that "there have been no discussions" in regards to Chris Pratt taking on the role of Indiana Jones.  As we reported when the rumours were flooding the web, that until someone at Disney and Lucasfilm confirm the news to treat it as click bait.

Marshall went on to say that there has been no discussions on Indy 5 to date.  With his focus as producer purely on Jurassic World which has broken opening weekend takings, the first to take half a billion dollars and of course the potentially even bigger Star Wars The Force Awakens in December, you can understand the focus on Indy has been non-existent at the moment.

BUT Quint over at the excellent Ain't It Cool website claim that they've heard a date of Q4 2018 being pencilled in from a source at Lucasfilm.  I don't think this conflicts Marshall's comments.  Indy will happen but I think having a date in pencil just puts the movie project on someones list of things to do.  Q4 2018 is a long way off and probably written in a faint pencil at this time.

Again don't take that last bit of news as official until Lucasfilm shout out the news.