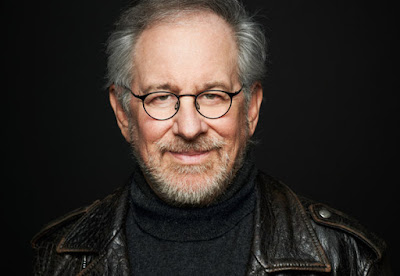 A Care2 petition asking Spielberg to reconsider the filming location of his adaptation of “The Big Friendly Giant” has gathered over 4,000 signatures

In May, director Steven Spielberg announced plans to shoot his upcoming live-action film adaptation of Roald Dahl’s children’s book, The Big Friendly Giant, in the Faroe Islands -- but animal rights activists are pleading with him to reconsider.

Each year in the Faroe Islands, around 800 long-finned pilot whales and some Atlantic white-sided dolphins are rounded up and killed inhumanely. A Care2 petition asking Spielberg to reconsider the filming location in light of these abuses has gathered more than 4,000 signatures.

Spielberg’s team will arrive in the Faroe Islands in July 2015. Many hunts are conducted during summer.

(To make this clear, this is not anything to do with Steven Spielberg or the film crew but a polite request for the director and his crew not to film on the island as a mark of protest - TBT)

Animal rights activists have long spoken out against the hunts, calling them cruel and unnecessary.

“These intelligent, empathic, sentient & emotional mammals don't die instantly and often suffer prolonged agony in the blood-stained waters,” writes Care2 petition author Kellie Mcleod. “These animals need not be killed for the people of the Faroe Islands to subsist. They already boast one of Europe's best average standards of living, thus having enough meat to survive is not a major concern of the population.”


The hunts are a community affair, and many Faroese consider whaling to be an important cultural relic and food source. However, in 2008, chief medical officers recommended citizens stop eating pilot whale due to high levels of mercury.

Here's the link for the petition