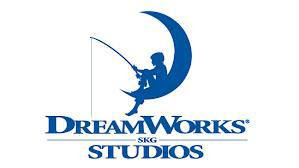 DreamWorks Studios just picked up the feature film rights to Michael Chrichton's novel, Micro and Frank Marshall is on board to produce.  Micro was an unfinished piece from the Jurassic Park author who sadly passed away in 2008.  Richard Preston completed the story in 2011.  It ended up being a best seller.

Micro is a high-concept thriller that follows a group of graduate students lured to Hawaii to work for a mysterious biotech company—only to find themselves miniaturized and cast out into the rain forest, with nothing but their scientific expertise and wits to protect them.

The project will be executive produced by CrichtonSun LLC Sherri Crichton and Laurent Bouzereau. “Michael was exhilarated, passionate and invested in Micro, a story he spent years researching and developing,” said Sherri Crichton in a statement. “It was yet another opportunity for him to explore the clash between science and nature, as seen through the eyes of relatable characters. Michael also wrote in cinematic terms and would be so pleased to see Micro come to life on the big screen at DreamWorks.”

“We are so pleased to have this opportunity to develop Micro,” said Steven Spielberg in a statement. “For Michael, size did matter whether it was for ‘Jurassic’s huge dinosaurs or Micro‘s infinitely tiny humans.” In 2009, DreamWorks Studios also acquired the rights to another posthumously published Crichton novel, Pirate Latitudes.

“Michael Crichton’s vast body of work has thrilled audiences around the world for decades, and it feels particularly poignant to be bringing his last published novel to DreamWorks,” said DreamWorks’ CEO Michael Wright. “This is the perfect place to unite these two dynamic brands.”