Doctor Who: Festival News and a Casting Announcement for Series Nine 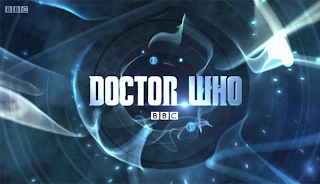 The Official Doctor Who Festival has been announced and it will take place Friday, November 13 through Sunday, November 15 at the ExCeL in London.

The official Doctor Who Festival offers fans of all ages an exclusive glimpse into the production processes behind your favourite programme, including talks and theatre shows with the current cast and crew.

Bringing together a wealth of talent from Peter Capaldi’s time in the TARDIS, the event promises guests a unique insight into the television industry and the creative skills required to bring an episode of Doctor Who to you - with exclusive access to the people who make it happen, giving you the chance to get inside the adventure.


For more info about the Festival, please visit http://www.doctorwho.tv/events/doctor-who-festival.

Tickets are available now at http://doctorwhofestival.seetickets.com.

Also in Doctor Who news -- BAFTA award-winning actress Rebecca Front has been cast in the upcoming series. She will be appearing in a two-part episode that sees the return of the Zygons, but all other information about her character is under wraps for now.  She joins returning cast members Peter Capaldi, Jenna Coleman, Jemma Redgrave, and Ingrid Oliver.

All-new adventures with the Doctor are coming this fall!