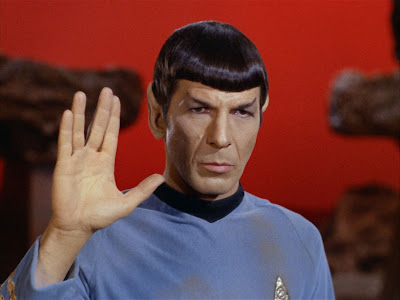 An asteroid has been named after Leonard Nimoy who passed away in February, age 83.  Nimoy played the half Vulcan Spock in the TV series, Star Trek along side William Shatner who played Captain Kirk.

The asteroid was numbered 4864 but now will be designated, 4864, Nimoy.  It's in the asteroid belt between Mars and Jupiter and is around 6 miles across.  It orbits the sun every 3.9 years which is very Vulcan specific.  Question is will it shoot back in time once it sling shots behind the sun?