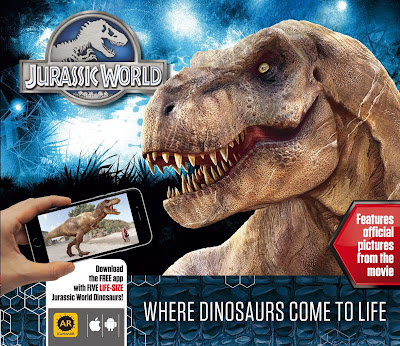 The Bearded Trio want to celebrate the release of "Jurassic World" on June 12th by offering one lucky winner a copy of this fantastic book based on the movie.  The book is called "Where Dinosaurs Come To Life."  It's no ordinary book though.  With the aid of your smart phone or tablet you can bring the dinosaurs to life in front of your eyes.  Using augmented reality you point your device at certain pages in the book and bingo!  Dino DNA in your living room.

Watch as a T-Rex walks around your floor.  You can make it roar and control where it walks to.  Other dinosaurs are controllable including the all new Indominus Rex and the Chris Pratt friendly, Velociraptor.

All you have to do to enter and this competition is open worldwide so everyone has a chance is tweet the following:

Here's a video showing the book in action.

Here's some photos I took of my very own dinosaurs. 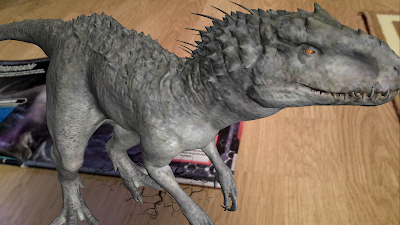 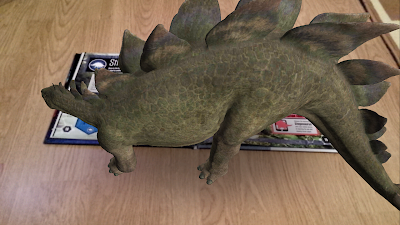 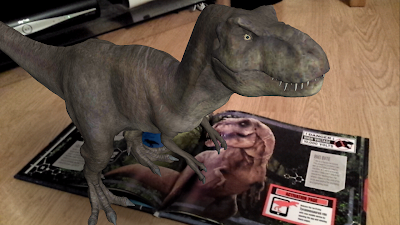 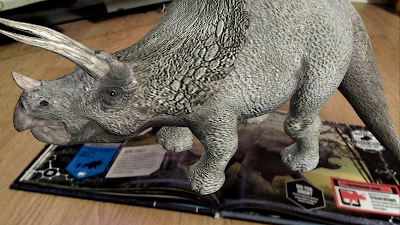 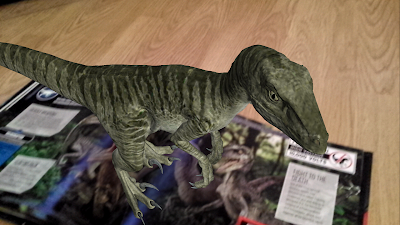 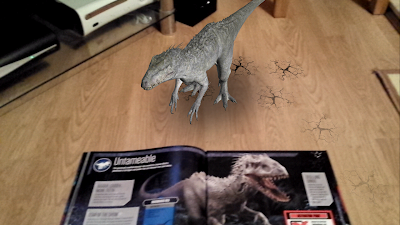