Video: The Secret of NIMH vs An American Tail 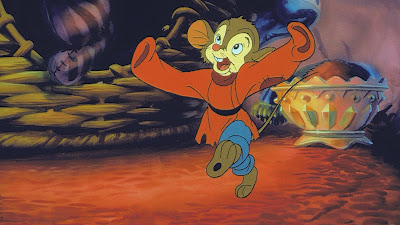 We all know Don Bluth as the man directing Amblin's animated successes An American Tail and The Land Before Time.
Before An American Tail, Bluth directed another (and in my opinion: extremely beautiful) animated feature: The Secret of NIMH, a film that received nice reviews but didn't do too great at the box-office, thus almost bankrupting the Don bluth Studio's. That was, until Steven Spielberg and Amblin Entertainment came along with Fievel.

I found this nice little video that battles NIMH with Fievel's American Tail.

May the best win.