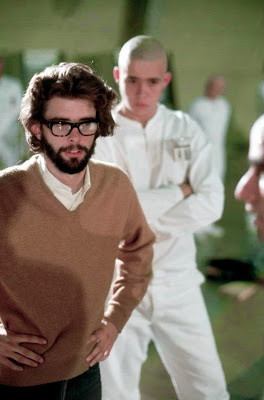 Lucas was interviewed by Gene Youngblood in for this documentary called: George Lucas: Maker of Films.

Quite odd if you consider that Lucas had only made a few documentaries, a couple of shorts (on college), and one feature at that point (THX-1138).

The Image quality isn't too great, but the audio is.

And, before I forget: Happy Birthday George !