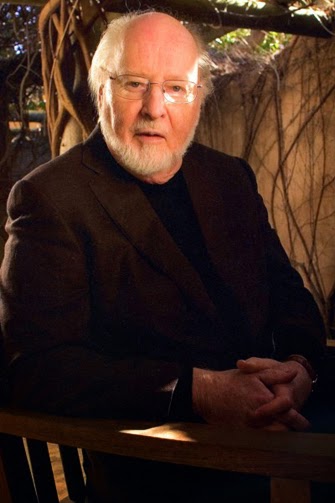 Bruce Handy is on a role at the moment over at Vanity Fair as he now interviews the legend that is John Williams.  Williams of course we know to be composing the music for Star Wars: The Force Awakens and the composer discusses about the whole assignment.  He admitted that working with J.J. Abrams is very much a similar process to working with George Lucas:

It’s actually very similar. My meetings with George had to do with spotting the film, selecting areas in which music would be played, and pretty much we agreed on all that. He always left me free to write the music. And J.J.’s done the same thing. We’ve had a few preliminary meetings, and I’ve played him some music at the piano, which he seemed to like very much. His latest instruction to me was, “Just do your thing.” Which is giving me a good sense of freedom, a good free swing at the ball. I don’t know how much you know of him, but he is a delightful person. Enormously bright. I’ve been very impressed with him in meetings with a great variety of people. His generalship is assured and warm and inviting and inclusive. If I can say it, he’s a fabulous young man who’s future is so brilliant and so promising. I don’t know how old he is, but he’s a young man to me. [Abrams is 48; Williams is 83.] He’s enormously impressive.

There are some scenes where we do make reference to earlier thematic pieces. We haven’t done it yet, but we’re planning to do it. It’s something that I think will seem very natural and right in the moments for which we’ve chosen to do these kinds of quotes. There aren’t many of them, but there are a few that I think are important and will seem very much a part of the fabric of the piece in a positive and constructive way

You can read the whole interview by click here.