Throwback Thursday: Video: The Making of Poltergeist in 1982

Steven Spielberg and Richard Edlund, ready to scare us.
With the premiere of the new Poltergeist just around the corner, I thought it would be nice to take a behind the scenes look at the 1982 version.

No CGI-effects, just plain old models and matte-paintings, but with enough power to scare the living daylights out of everyone, 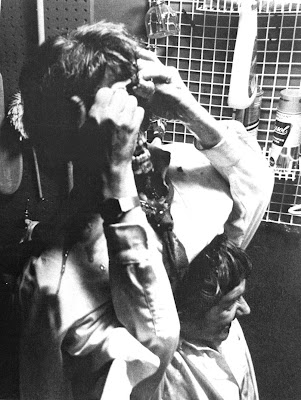 Just look at that smile on Spielberg's face...

especially when Steven Spielberg himself decided to give a 'helping hand' with the (now infamous) bathroom-sequence. 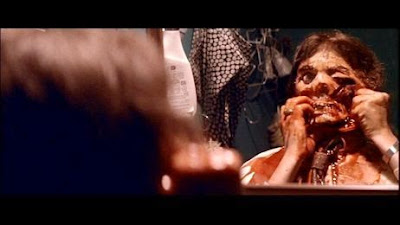 This is the image we got on the big screen.

And as a bonus a documentary on the various filming locations of (the original) Poltergeist.