The man who loved sharks #Jaws 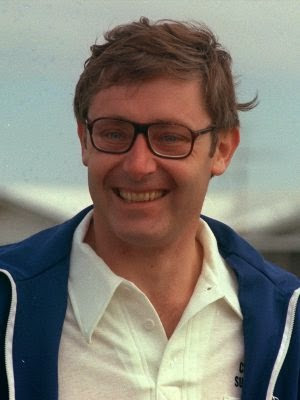 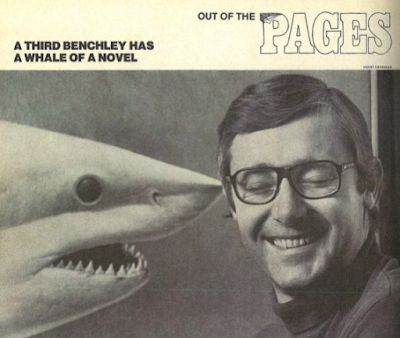 And if he hadn't come up with a story about a shark terrorizing a small American town during summer season, that subsequently landed on the desk of Richard Zanuck and David Brown in 1974, where it was discovered by a, than, young and aspiring wanna-be director Steven Spielberg, who turned that story into one of the greatest blockbusters of all time (excuse me if I seem modest), we all probably wouldn't be reading this (little) piece of writing at all. 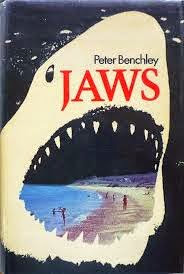 It's hard to imagine what would have happened if Peter Benchley hadn't written the novel Jaws, or if Steven Spielberg hadn't directed his film version of Jaws, but I for one am glad both men did what they did and I'm quite sure I'm not the only one.

In 1971, after having written two non-fiction novels, that didn't earn him the recognition (and the money) he was hoping to find, Benchley wanted to write something different and his literary agent set up a meeting with a few publishers. During this meeting Peter pitched two book-ideas, one about pirates and one about a man-eating shark terrorizing a small community, an idea that had been in the back of his mind ever since he had read about a 4500 pound Great White that had been caught by a fisherman at the coast of Long Island back in 1964. Doubleday liked the shark-idea and gave Benchley an advance of $1000, for him to produce the first 100 pages. Although the publishers changed a lot in the story, Jaws was on the brink of being born. 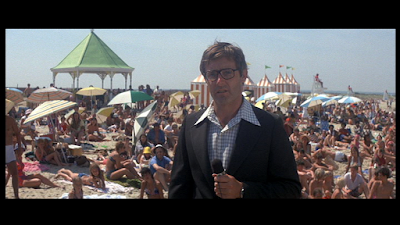 Benchley also had a bit-part in Jaws

The book was released in 1974 an was an instant hit, staying on the bestseller list for 10 months.

Benchley even co-wrote the screenplay for Steven Spielberg's film, together with Carl Gottlieb, John Milius and (uncredited) Howard Sackler. 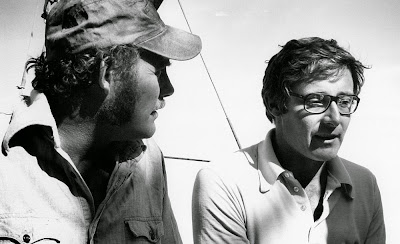 As we know by now, the film spawned 3 (official) sequels, video games, a theme park ride at Universal and even two musicals. Benchley estimated that he earned enough (in those days) from the book sales and the film- and magazine rights to be able to work independently for at least 10 years. 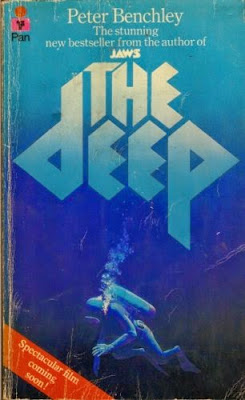 His next novel, The Deep, a thriller about a young couple who, by incident discover two treasures on the Bermuda Reef, came out in 1976 and the film version of it, directed by Peter Yates and starring Robert Shaw, Nick Nolte, Louis Gosset jr., Eli Wallach and Jacqueline Bisset was successfully released in 1977. 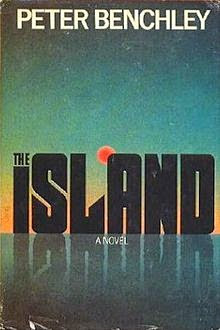 The Island, Benchley's next effort, this time about a group of descendants from 17th century pirates,who terrorize a pleasure yacht in the Caribbean, was first printed in 1979, followed by Michael Ritchie's film in 1980, that starred Michael Caine and David Warner. The film bombed badly at the box office. 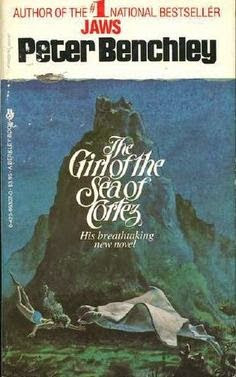 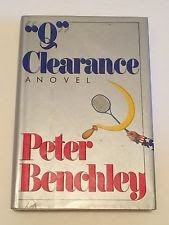 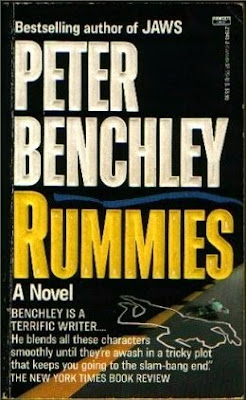 and lastely Rummies (1989) didn't sell as well as the ones mentioned above. 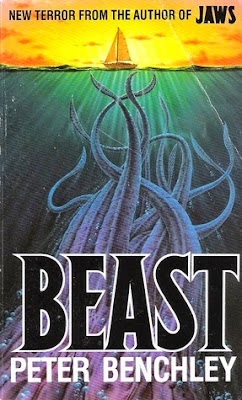 So it was of no surprise that he returned to the nautical thriller-theme with his next title: Beast in 1991.

In this story a giant Squid threatens Bermuda. 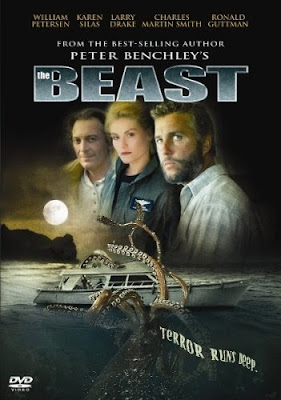 The book was brought to the small screen in 1996, as the made-for-TV-film The Beast, starring William Petersen. 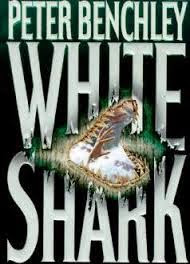 The last (fiction) novel that Benchley wrote was White Shark (1994) that dealt with a Nazi-created genetically engineered shark/human hybrid. 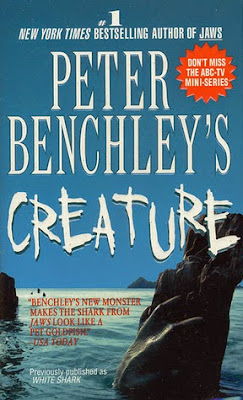 In 1997 the book was re-released,
this time under the title: Creature,
to coincide with the TV-Movie 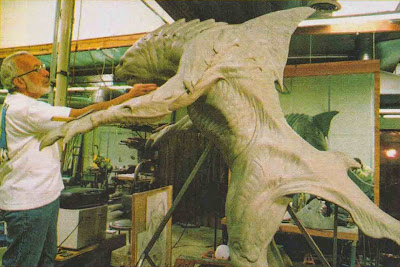 Look who's building the Creature ?

The book was not a success, neither critical nor in sales, but eventually it was also produced as a made-for-TV-film in 1998, called Creature , starring Graig T.Nelson and Kim Cattrall. 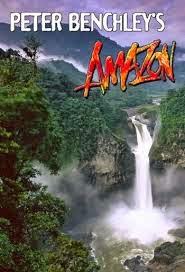 In 1999 Benchley wrote the story for a TV-series: Peter Benchley's Amazon, about a group of plane crash survivors who try to survive in the middle of a vast jungle. 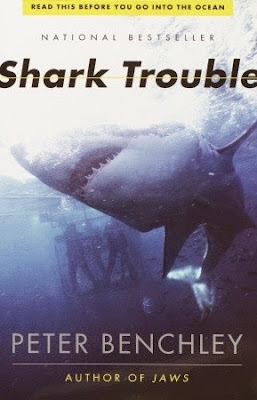 The last years of his life, Peter devoted his time to writing non-fiction books on the sea and sharks and he hoped to be able to put the animals in a better daylight than he had done when he wrote his novel Jaws. 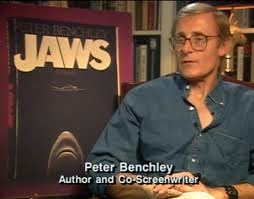