Star Wars Episode VIII Set To Be Filmed In The UK 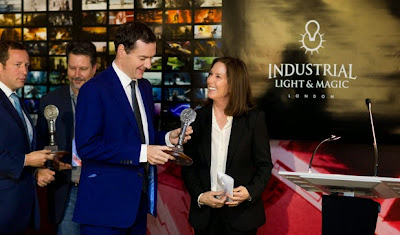 UK Chancellor, George Osborne is set to announced on Monday that the eighth instalment of Star Wars will be filmed in the UK.  Star Wars The Force Awakens is set to release in cinemas in December this year and that was also shot in the UK after the chancellor made a deal with Lucasfilm.  It seems another deal has been sealed to see more Star Wars being made in the UK creating more jobs and boosting tourism to the country.

Osborne will announce that Lucasfilm will invest about £100m in the film, creating an estimated 3,000 jobs. It will be the fourth Star Wars sequel to be shot in the UK. Star Wars Episode VIII, to be directed by Rian Johnson, will start filming in 2016 with a release date scheduled for 2017.  George Osborne said:

"This investment by Lucasfilm ... is a huge vote of confidence in all elements of movie making in Britain — from the visual effects designers to the lighting technicians and from the carpenters to the costume designers.

“The creative industries make a huge economic and cultural contribution to the UK. That is why in budget after budget as chancellor, I announced measures to support the industry.

“We are committed to backing this sector and the decision by Lucasfilm to continue to make the UK the home of Star Wars production is why we are right to believe that Britain is the best place in the world for the creative industries.”

Kathleen Kennedy, president of Lucasfilm, said: “We are looking forward to continuing the new generation of Star Wars movies in the UK.”