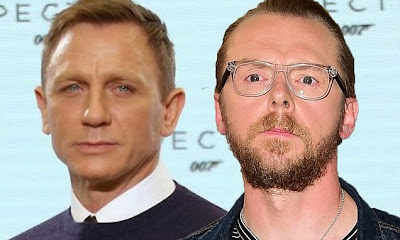 Simon Pegg has apparently slipped up in an interview with The Sun newspaper and confirmed James Bond star, Daniel Craig's role in Star Wars The Force Awakens.

Realising his mistake, he quickly added: "I shouldn't have said that."

Last year it was mentioned that Daniel Craig asked for a cameo role in the new movie and personally asked J.J. Abrams.  He was also happy to have his name stripped from the cast so it can be a secret cameo role.  There was meant to be much speculation and working out who he was playing.  Now thanks to Pegg we get a clue and closer to the answer.

Simon Pegg is also rumoured to be in the movie and has been spotted on the set of the Force Awakens.