Sequel To The Last Starfighter In The Works? 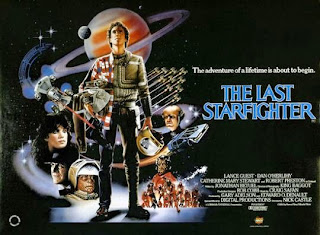 Could The Last Starfighter Be Back For More Defending Of The Armada?

Yahoo! took a look back at The Last Starfighter, the cult 1984 movie using cutting edge (for the time) CGI effects.  Starring Catherine Mary Stewart, Lance Guest and Dan O'Herlihy the film was a slow burner back in the 80's, initially not doing that well at the box office.  But Video hire sales and later video and DVD sales has seen the film blossom to become regarded (quite rightly) as a cult classic.

With fans such as Edgar Wright and Steven Spielberg, there have been talk of a reboot or a sequel for some time and screenwriter Jonathan Betuel mentioned just this very thing in the Yahoo! article.

“There are a lot of things going on that will see the light of day,” he said.

Star Wars Anthology, Rogue One screenwriter, Gary Whitta mentions how a sequel or reboot of The Last Starfighter gets mentioned and people think it's a good idea:

“It’s not generally part of the conversation when we talk about the great pop culture movies of the ’80s, but once you bring it up, people perk up, and you realize there is this great undercurrent of fondness and admiration.”