Quick Fire Questions - This Week We Have Rebecca Benjamin. 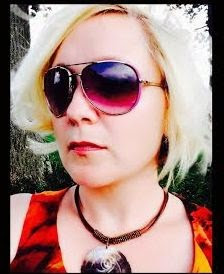 Answering our quick fire questions this week we have Star Wars guru, Rebecca Benjamin.  Rebecca contributes to top Star Wars websites and podcasts such as The Cantina Cast, Coffee with Kenobi, Bantha Banter, Radio 1138 and our very own The Bearded Trio.  She's also collaborated with and titled, 3 LE Star Wars Celebration Prints for Lucasfilm illustrator, Steve Anderson and titled, 2 LE Disney Prints.  Rebecca is hugely popular in the Star Wars community and we are delighted to have her answering our questions.  Lets see how she did:
You're stuck in a swamp on Dagobah (Star Wars).  What one movie, TV show, album and book would you take?
Dagobah? Why couldn’t you pick Naboo?

Ok, one movie: A New Hope … Being “stuck” on Dagobah, I’ll need all the HOPE I can get. TV show: Revolution(Producers include, JJ Abrams) again, I’m sure I’ll find it helpful for the duration of my situation and it was (not sure the movement on Twitter was enough to save the show) a great show, with awesome actors and funtastic references to Star Wars were often included in each episode. Album: The Goo Goo Dolls: Let Love In… simply for the lyrics, it’s a powerful album and besides, the Goo’s are from Buffalo NY too. And now, the most difficult to answer, which book: Probably … Matthew Stover’s novelization of ‘Revenge of the Sith’ … seriously, it’s just so well executed (no pun intended) and the dynamics between characters/relationships are spot on.
If you could invite any three people (alive or not, fictitious or not) to a dinner party, who would they be?
Ugh! So difficult, mainly because I’m such a wallflower and an introvert lol!
Anakin Skywalker or Darth Vader, they’re one in the same, really. Just to have a discussion on emotions, which I’m sure we’d find a lot of common ground in that. Besides, I don’t judge.
Joan of Arc: She’s amazing and so inspirational to all, not just women. Honestly, I’d like to know how she was able to convince “men” to follow her patriotism, especially in those early days.
George Lucas: I’d like to thank him. Yes, Thank the Maker for giving me a world to explore and to “fit in.” To thank him for all the friends I’ve made because of his GFFA.
What is your favourite John Williams soundtrack?
STAR WARS: Attack of the Clones

If you were invisible for a day what would be the first thing you would do?
Easy, I’d sit-in on the Lucasfilm story group … would love to hear what goes on in there.
When was the last time you cried?
Yesterday lol! I’m an emotional person, tears are a way to cleanse my negativity and at times, to express true joy.
What is your biggest fear? 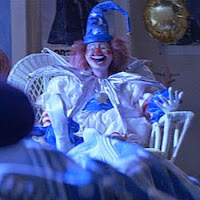 Besides clowns, yes, Poltergeist did me in with that clown/bedroom scene. Something happening to my children that I cannot stop or fix; that plagues me on a day to day basis.
What was the most embarrassing moment of your life?
OMGosh! Not so sure how much I want to share lol!
Well … just recently, at SWCA a small group of us for Coffee with Kenobi were interviewed by Corey forStarWars.com and he directed a question my way … he asked me, “Which was my favorite episode?” Sometime afterwards, Dan Z (host of CWK) approached me to tell me that while my response to the question was good, it was actually inaccurate. Apparently, “episode” wasn’t implying STAR WARS movies, but Coffee with Kenobi Podcast episodes. Yeah, I wanted to crawl under a rock … so maybe Dagobah is appropriate lol!
Excluding search engines, what three website would you choose if no other websites were available?
Hmm … The Bearded Trio, of course … StarWars.com and Jedinews.co.uk
Do you have any guilty pleasures?
Who doesn’t?
I love the Twilight series and can watch or read them over and over again … don’t judge. And, I absolutely cannot get enough of Disney’s Frozen. Yes, I watch this alone, without my kids and that doesn’t count because they’re all teenagers lol!
What are you looking forward to the most in the next six months?
Gearing up to “The Force Awakens” … cannot wait and I’m excited to find out more, of what’s yet to come!
What is your most treasured possession?
Besides my children? Hmm … Probably my three FX lightsabers. I have the Skywalker collection, well, that’s what I call it lol! I have Anakin’s, Darth Vader’s, and Luke’s.
What is your biggest regret?
There are no regrets in life, just lessons. –Jennifer Aniston
What are you most proud of?
Surviving.
Braving the “unknown” and gathering the strength to move on from a bad situation. Hard to believe it’s been 8years, but getting out of an abusive relationship and … being able to talk about it through Star Wars in a relatable way, yeah, I’m very grateful for that. It’s an accomplishment that I thought wouldn’t be prudent or palatable … or even possible.
If you play video games, what was your most memorable video gaming moment?
Embarrassed to admit this, but I don’t play … at all lol! Although, to my defense, I do enjoy watching my son play: The Force Unleashed games and Star Wars Lego’s games.
What is your favourite Spielberg movie?
Hands down, E.T.!

Where can people keep in touch or follow you?
Well, let’s see … I’m on Twitter @urangelb or email me at: Becca@thecantinacast.net or beccab@coffeewithkenobi.com
You can also find my Star Wars musings at: http://www.thecantinacast.net/category/becca-blog/ or
http://www.coffeewithkenobi.com/category/blog-posts/becca-benjamin/
I’m also on Facebook: Rebecca Benjamin (Schmigiel)
Oh and yes, I’m searchable on a few podcasts as well: The Cantina Cast, Coffee with Kenobi, Bantha Banter, and Radio 1138. Check them all out, great shows!

Thanks Rebecca.  (Sorry for posting a picture of the clown from Poltergeist.)  Coming soon we have another Star Wars and Disney master, Mike Tarkin of Looking Away To The Horizon.  Stay tuned.