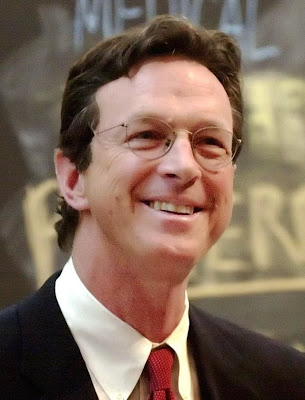 With hopes rising sky high, as the premiere of Jurassic World is only a few weeks ahead of us, I thought it would be time to look back at the man responsible for the dino-revival, and I don't mean the director behind the first Jurassic Park film, but the man who created Jurassic Park in the first place: author Michael Crichton. 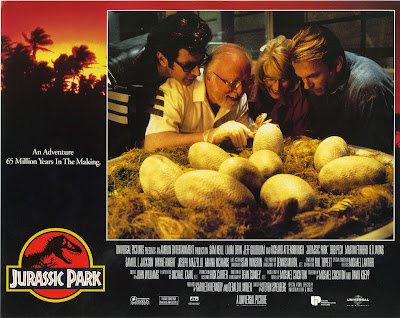 Though Jurassic Park is undoubtedly his biggest success, spanning a book sequel and 4 features, of which the first two were (loosely) based on the two books, Crichton has had more successes.

Originally Michael studied English literature at Harvard University (his father had always encouraged him to write and type stories), but quit when he received poor ratings on his papers.
After having spent a year in Europe, he went back to Boston Massachusetts where he attended Harvard Medical School, aiming to become a doctor. 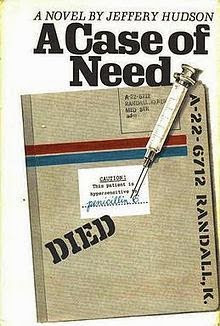 During this study he secretly wrote various novels under the pseudonym of John Lange (Lange in German means tall, and at 6 foot 9 inch height, Michael was considered tall too) and one, called a Case of Need, under the pseudonym of Jeffrey Hudson (this time using the name of a 17th century little person). When this last title won an award, that had to be picked up in person, Michael couldn't hide behind his pseudonym(s) no more.

He finished his study and right after that he went to Hollywood, to pursue his dream of making a living as a writer. 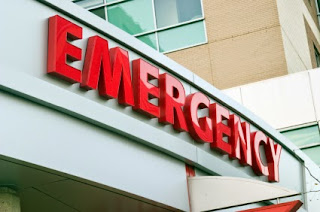 In his early work he still made the connection with his medical past. One of the first screenplays he wrote was called Emergency Ward and dealt with various people working in the Emergency Room. When no one was interested in it, he hid it away. 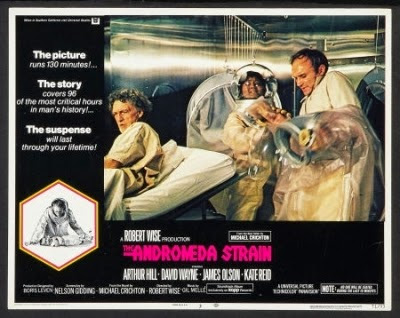 Next he wrote a story about a town in New Mexico where nearly all the inhabitants have died because of some strange, alien, virus. Only two people survived the virus, a grown up drunk and a baby. Scientist start working in a race against the clock, trying to find out what links these two people in their defense against this alien attack.
The story, presented as The Andromeda Strain, was successfully transferred into a film by Robert Wise in 1971. 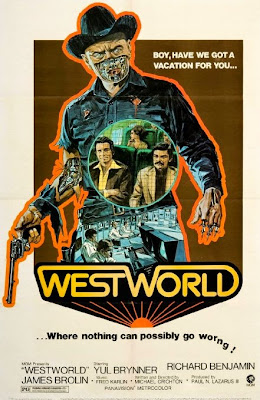 Two years later Crichton hit the jackpot (again) when he wrote Westworld, a story about a Theme Park where the robots run amok and create havoc and terror among the visitors. This time he decided to make the film on his story himself, (starring Yul Brynner, Richard Benjamin and James Brolin) and it became a huge hit.

(It even spawned a sequel called Futureworld, that however was created without the co-operation of Michael.) 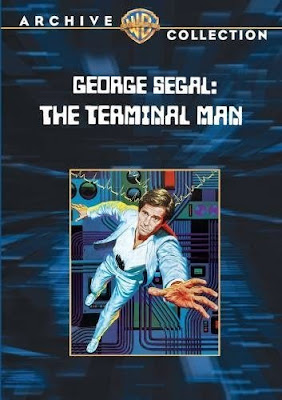 In 1974 another of his books was brought to the big screen. Mike Hodges directed The Terminal Man, starring George Segal, Richard Dysart and Joan Hackett, about a man who, in order to control his violent seizures, agrees to experiment with the insertion of microchips in his brain. After the insertion however, he experiences unforeseen side-effects 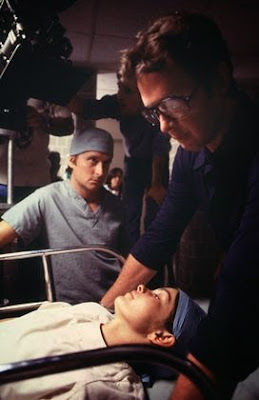 Crichton continued with his writing and directing films. In 1978 he delivered two, totally different films: Coma,

a sci-fi-thriller where a young nurse uncovers a horrible conspiracy behind the growing number of people who end up in a coma after surgery in the hospital where she works , starring Michael Douglas and Genevieve Bujold, based on a thriller by Robin Cook
(this film was actually my first encounter with Crichton. -R.) 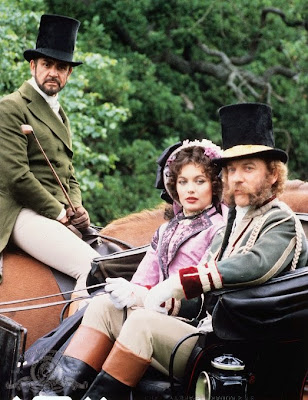 and The First Great Train Robbery, a thriller, set in Victorian England where a master criminal, portrayed by Sean Connery, sets up a plan to rob gold from a moving train. This film was based on a book by Crichton himself.