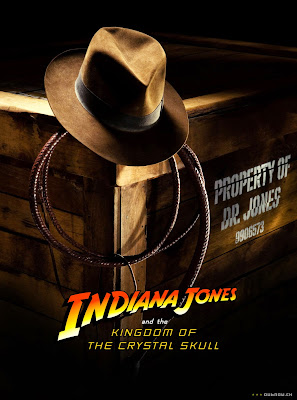 The first teaser poster
Today we can party once more, because we celebrate the 7th Birthday of the 5th outing of Harrison Ford as our favorite archaeologist Dr. Henry Jones jr. in:
Indiana Jones and the Kingdom of the Crystal Skull. 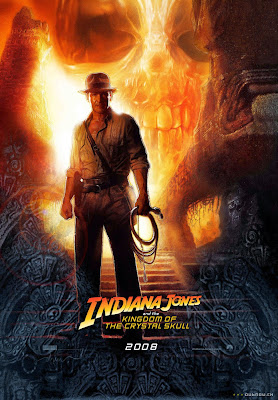 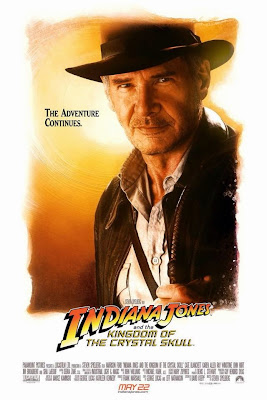 For although the film went on general release worldwide, on May 21 and 22, the world premiere of the event (it wasn't merely a film any longer) took place on May 18, 2008 at the Cannes Film Festival. 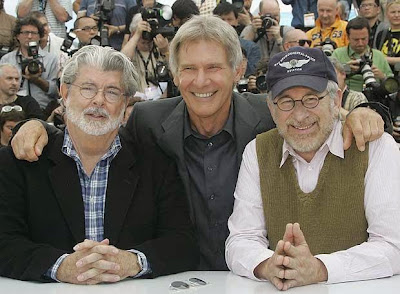 And of course lots of stars (and a couple of old bearded guys) attended the media frenzy. 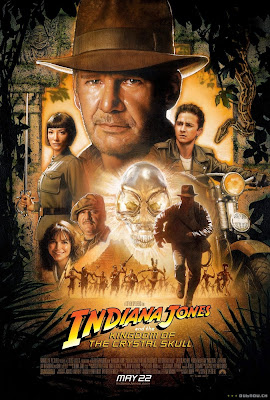 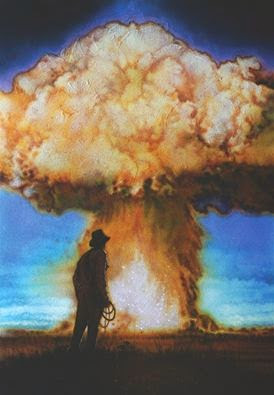 Though maybe not everyone's favorite, in the Indiana Jones Franchise, it still is Indy. 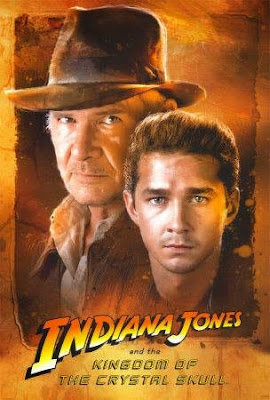 And therefor: Happy Birthday to Indiana Jones and the Kingdom of the Crystal Skull.