Immortal stars at the (Gaumont) Chinese Theatre in Hollywood 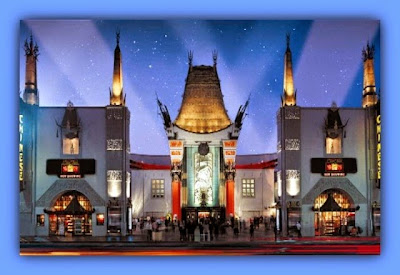 Grauman's Chinese Theatre is a movie theatre located at 6925 Hollywood Boulevard in Hollywood, California.
It is located along the historic Hollywood Walk of Fame.
Built over 18 months, beginning in January 1926 by a partnership headed by Sid Grauman, the theatre opened May 18, 1927. It has since been home to many premieres, birthday parties, corporate junkets and three Academy Awards ceremonies. Among the theatre's most distinctive features are the concrete blocks set in the forecourt, which bear the signatures, footprints, and handprints of popular motion picture personalities including some of our heroes. 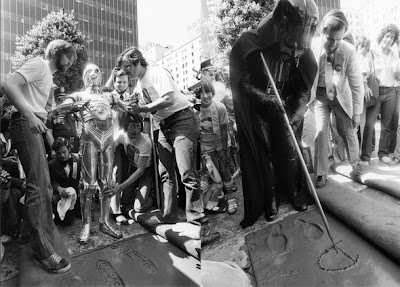 On August the 3rd 1977, only 70 days after Star Wars had premiered, Three of it's stars were immortalized in the concrete tiles, right before the theatre. 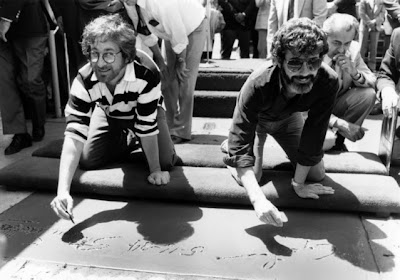 On May 16 1984, exactly one week before the opening of Indiana Jones and the Temple of Doom, 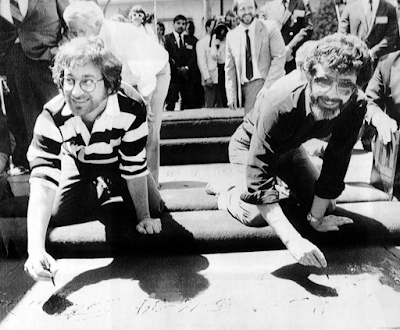 the two creators of the film (and its predecessor) were honored with the concrete ceremony as well. 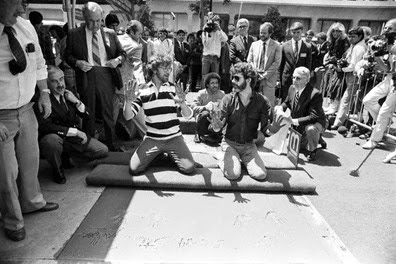 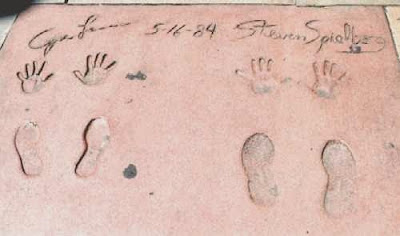 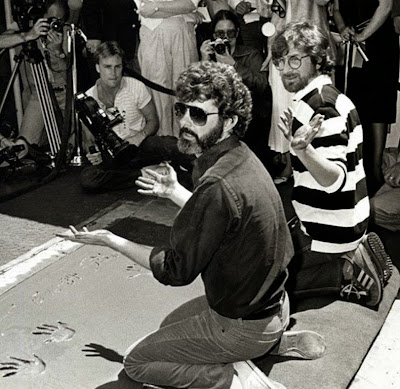 Someone get them a towel, please ? 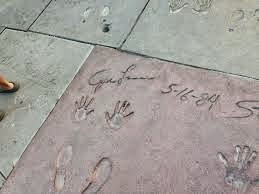 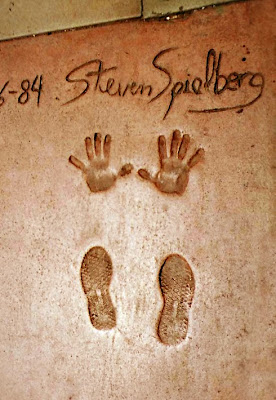 It took another 8 years, until June 6, 1992, before Harrison Ford got a chance to put his hand and feet in the concrete as well. 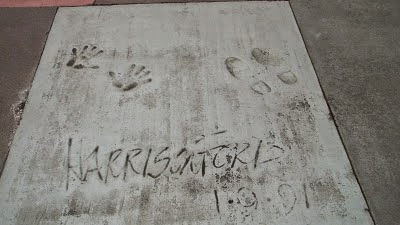 Actor/director Jackie Chan is the only person, until this day, to have been asked for this ceremony two times. The first time was in 1997, but that piece of concrete had dissappeared after a few years (nobody knew how or when, but it was noticed when the theatre changed ownership), so on June 6 2013 he went for round 2. 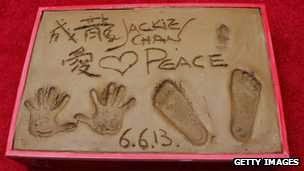 This time he also dived with his face in the wet cement... 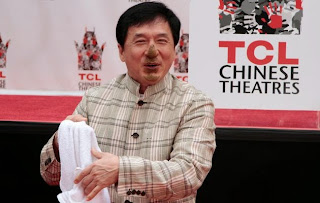 If you want to find out who has also been immortalized in the concrete tiles before the theatre, just check the wikipedia-page below.