Fridge Full Of Jurassic Park Games For Sale On Ebay 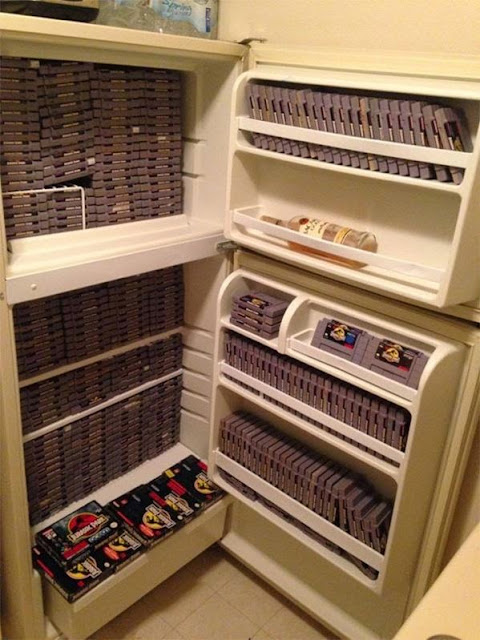 Fancy a fridge full of around 300 Jurassic Park games?  Got $1500 spare?  Then take to Ebay and place your bid.  The fridge and sadly the Bicardi is not included but look at all those games.

Here's the description for the lot:

Just in time for the new Jurassic World (Jurassic Park) movie that is coming out, you can have your very own refrigerator full of Snes Jurassic Park carts!! There are just about 300 Jurassic Park carts including a handful of CIB copies and a PAL version CIB. I will also include the schlue of other Jurassic Park games: gameboy CIB, Sega Genesis, Sega CD, Sega Saturn CIB copies. Also have a CIB Jurassic Park 2 and sealed JP 2 for snes that will be included. And a laser disk movie for kicks and giggles.  Fridge and Bacardi not included

Now you're probably wondering why the games are in the fridge.  Well someone has already asked that question.  The seller has the perfect answer:

Because that's the 'cool' thing to do and I like to keep it fresh ;) 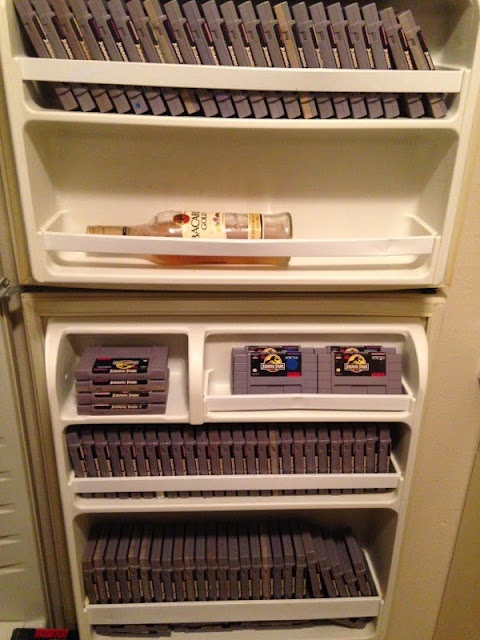 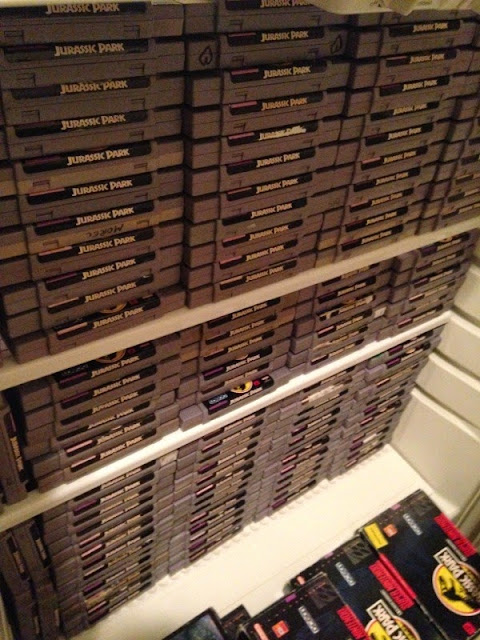