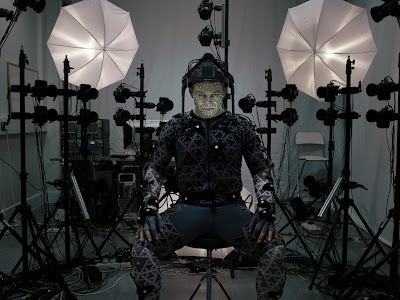 Motion capture genius, Andy Serkis's character in Star Wars: The Force Awakens has been named as Supreme Leader Snoke.  The picture above was posted on the official Star Wars website.  Judging by that expression on his face he's destined to be a bad guy in the movie.

The official Star Wars website also revealed a new Annie Leibovitz picture of the actor filming in a motion capture suit.  No news yet what his actual character will look like.  December 18th seems so far away from here.