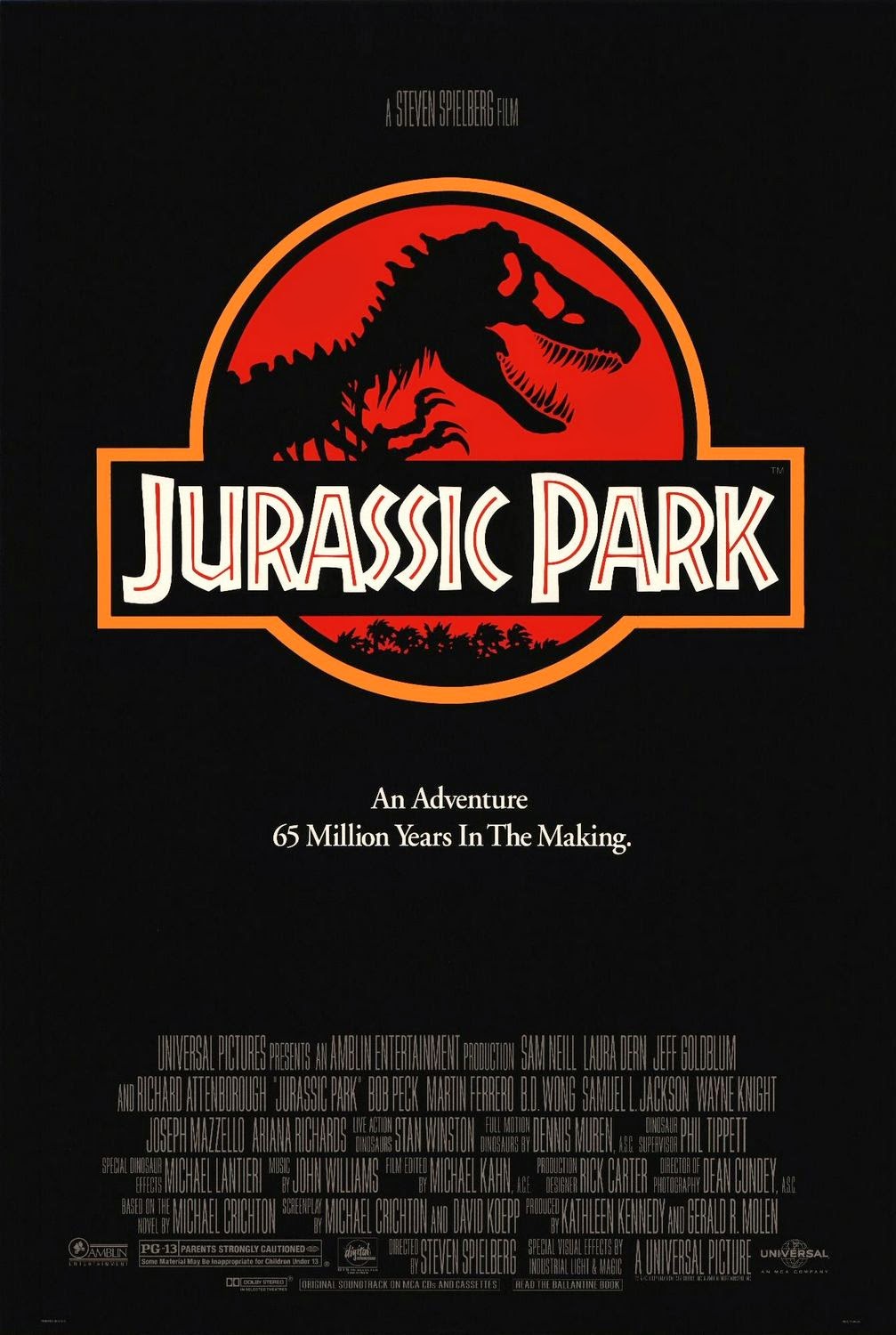 Like I (might) have told before, I used to work in the Cinema myself.
Starting of as an usher, quickly promoting to projectionist and after a while theater-manager in various cinemas in Holland.

I've presented and projected quite a lot of Spielberg-(directed)-films over the years. I can honestly say I love them all, some just a little bit more than others. And even though I didn't think that highly of Jurassic Park at the time was released (yes the effects were amazing, but the story wasn't (in my opinion)), It was the first Spielberg film where I could actually sum up mistakes after only one viewing, the film did have a lasting impact after repeated viewing. 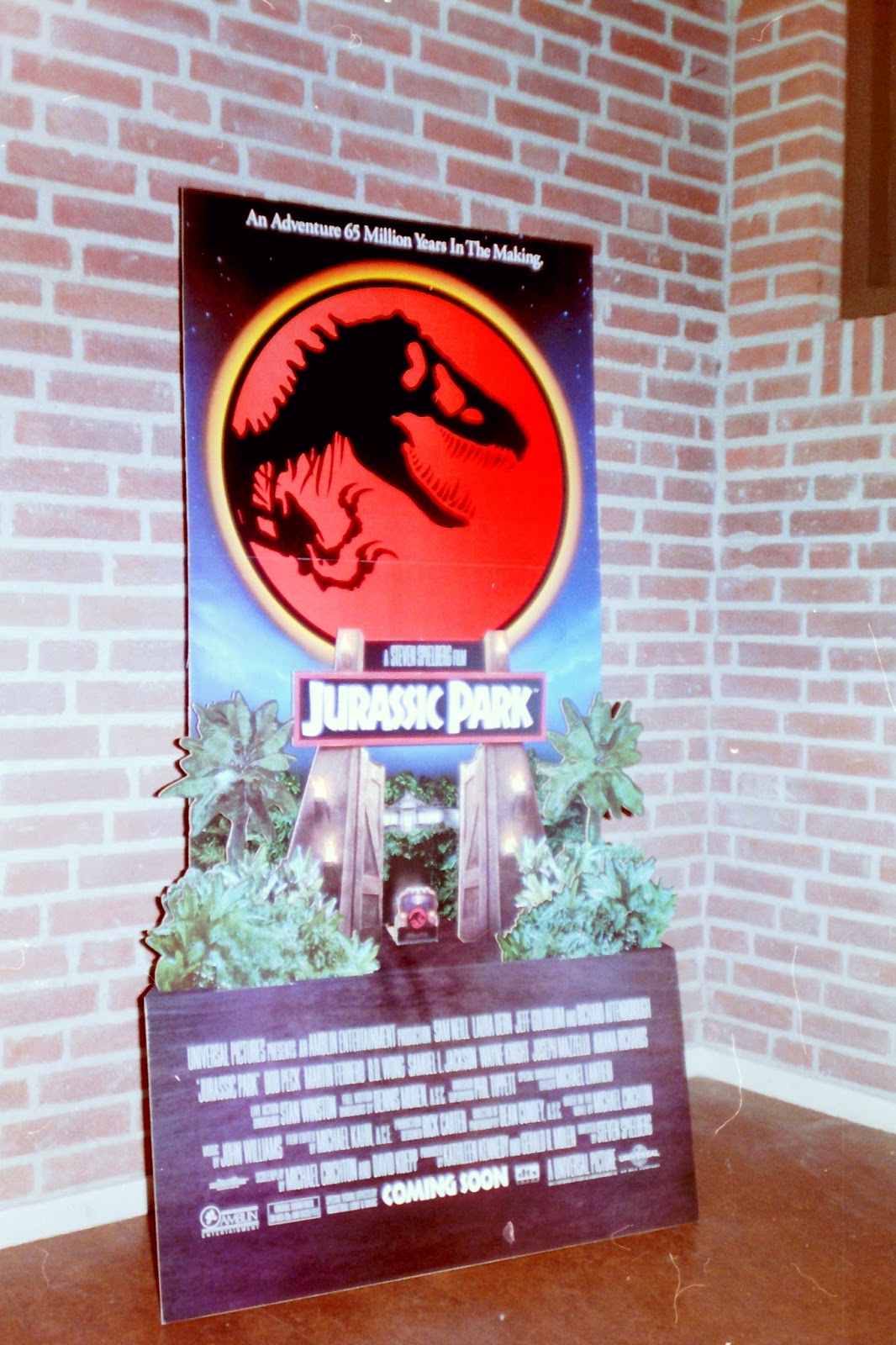 The regular fold-out version
of approximately 1.0 by 1.5 meters 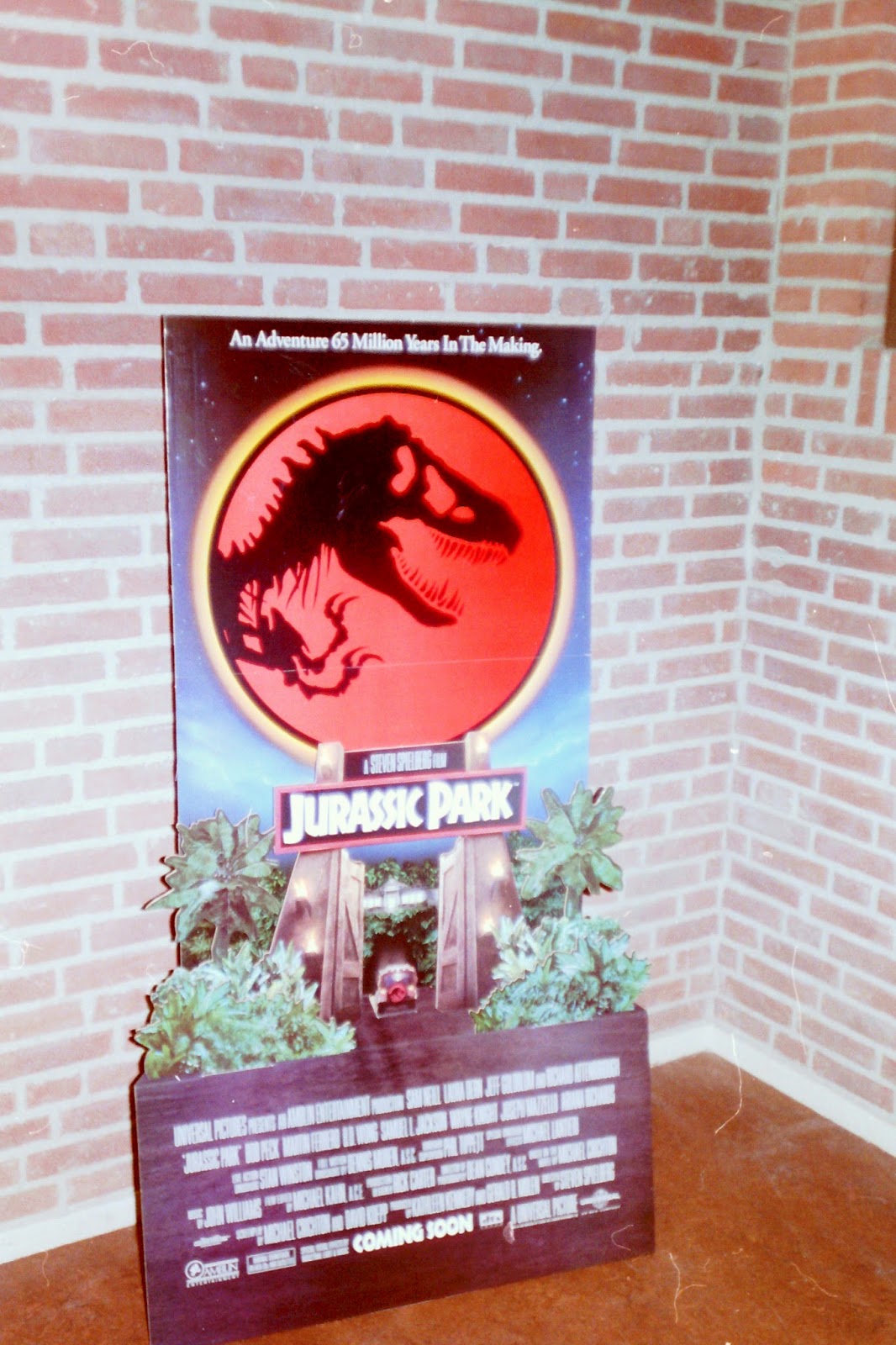 This took only a couple of minutes to fold out
and place firmly on the site.

It was also one of the first times I had to build various different cardboard displays for the same film, for advertisement purposes in our local cinema. Only recently I (re)discovered that I had made a few pictures during the building process in those days. 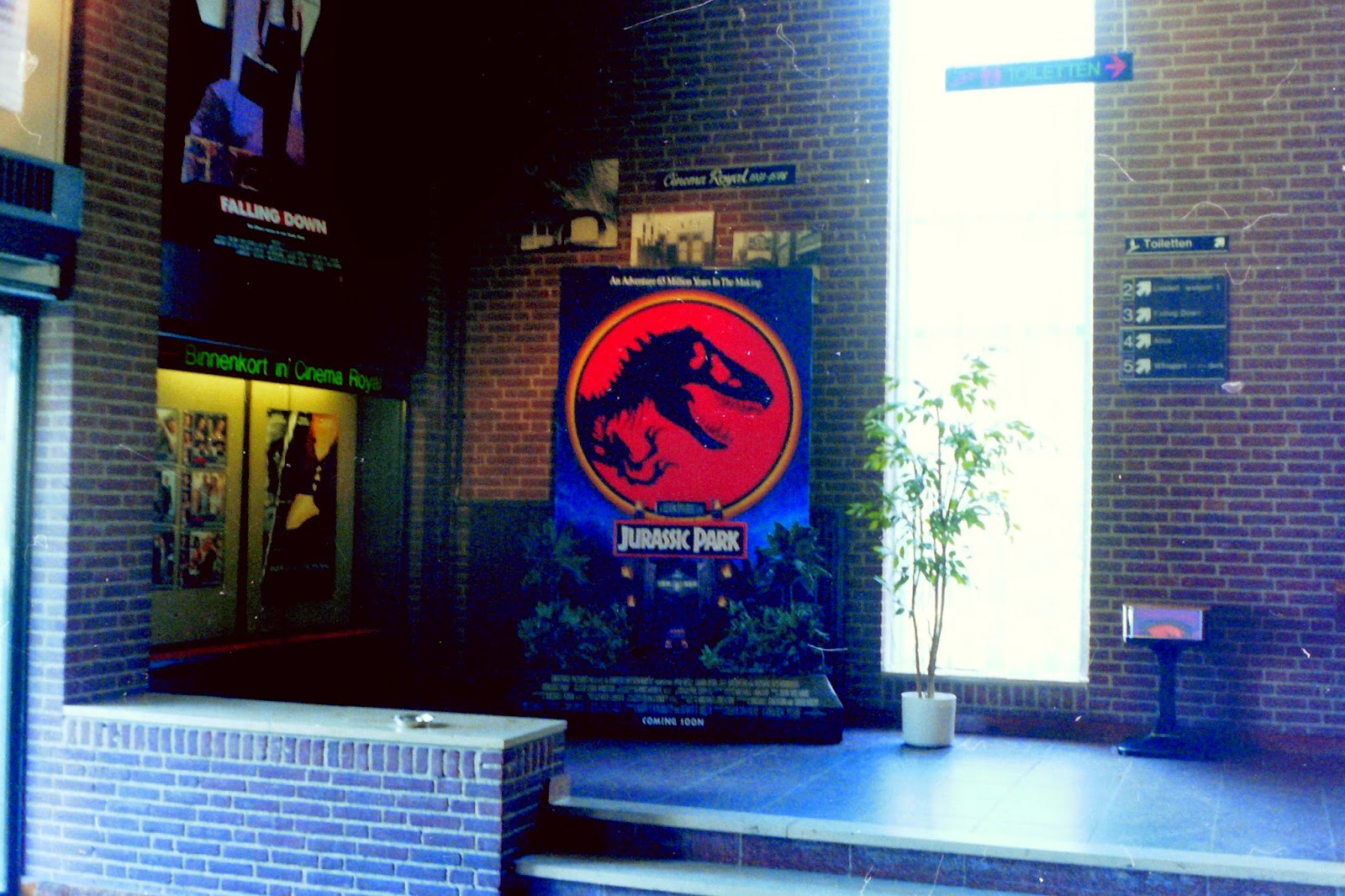 The bigger version of almost 3 meters height,
It took me and my colleague almost 2 hours to build 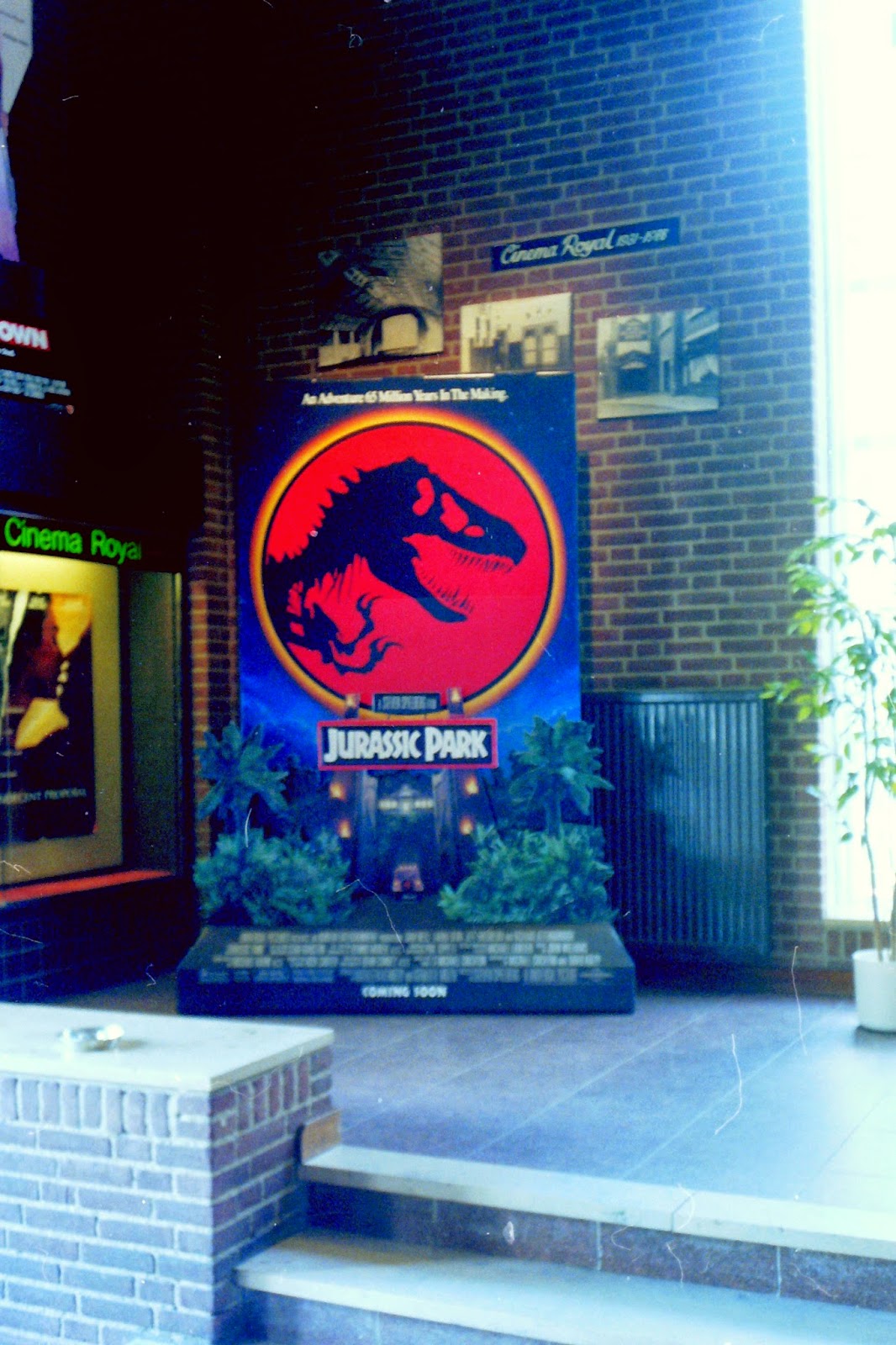 The disadvantage of such a big display is that it has to be glued a lot,
which means it can't be unfolded afterwards,
that's why I still have the smaller display,
but only a very small part of the big one (the sign directed by Steven Spielberg).

Thought it would be fun to share them with you. Sorry about the quality, but hey I was a projectionist, not a photographer.