This Is The Best Star Trek Selfie Ever. 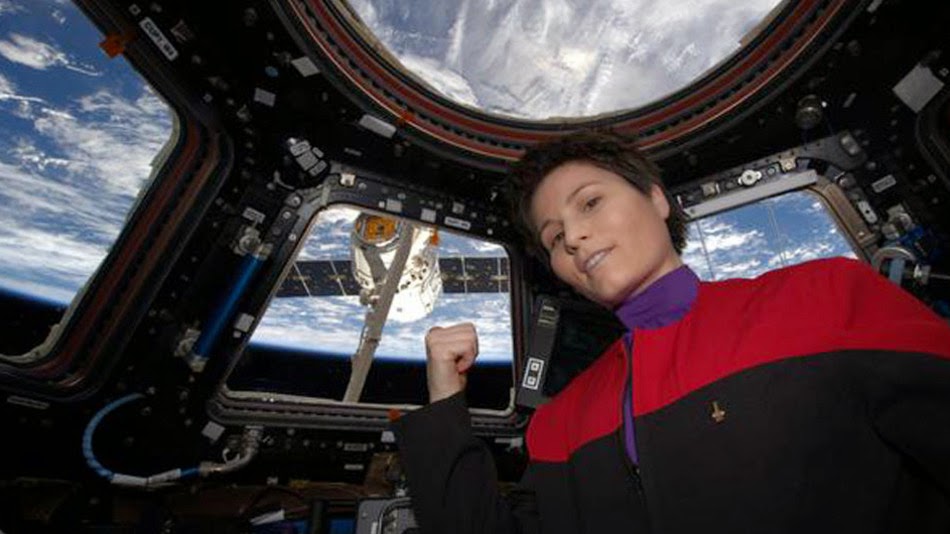 This is the best Star Trek selfie ever.  International Space Station astronaut Samantha Cristoforetti took this epic photo of herself wearing a Star Trek Voyager uniform on board the ISS.  She even quotes Captain Janeway in her tweet:

She was referring to the SpaceX cargo craft just outside with planet Earth in the background.  Who can beat that?