The Force Is Strong With This One.... 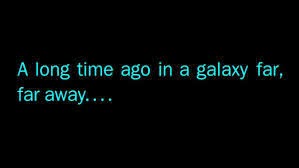 Hi everyone! I'm Steve and Rob has kindly allowed me to contribute to the site!
Star Wars is my speciality which covers two of 'The Bearded Trio' and every week, we will be bringing you a Star Wars News round up as things heat up with the upcoming releases beginning with 'The Force Awakens.' But I will be looking to bring you all types of Star Wars content, not just the movies. Basically, if its Star Wars News you will hear about it!

Now a little about me.....
I'm from London and am a young 39 years old. Other than this site, I also manage social media for the Fly Casual Podcast, and contribute to The Cantina Cast and the upcoming Comiconverse site and have a few projects in the pipeline. I'm also building some Original Trilogy Stormtrooper armour and hoping to join the 501st Legion, which is the Worlds biggest Star Wars costuming group
Growing up in the 80's and 90's 'The Bearded Trio' had a massive influence on my childhood and all my favourite movies growing up were influenced by The Bearded Trio in one way or another! So occasionally I may go off the beaten track and foray into non-Star Wars stuff, if I'm feeling adventurous
You can find me on Facebook as Steve Potter Facebook and Twitter as @spotter301u Twitter
I look forward to interacting with you and hopefully bringing you the News you want from A Galaxy Far Far Away....