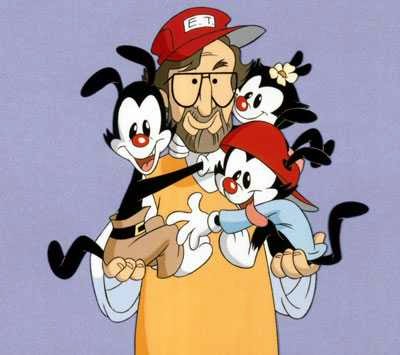 Steven not only presented the Animaniacs cartoonshow, sometimes he even played a bit part.
.
In one of the earlier episodes (Hooked on a Ceiling), famous painter Michelangelo has received orders to paint the ceiling of the Sistine Chapel, but he is without inspiration. With a deadline coming nearer and nearer he accepts the assistence of The Warner Brothers (and Sister), to finish the job, before the holy father himself comes to inspect the paintjob. 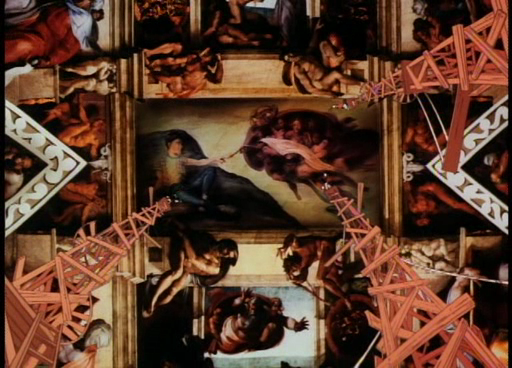 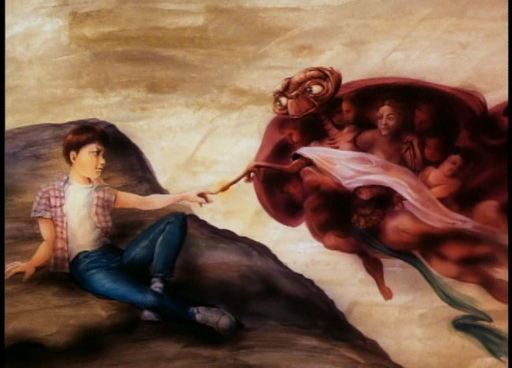 The Warners erase Michelangelo's work and add a new painting, featuring Elliot and a famous extra terrestrial, justb minutes before his holyness arrives, and he turns out to be: 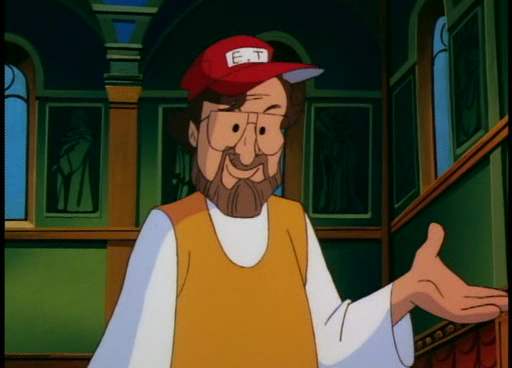 Voiced by Frank Welker, Spielberg gladly gives his blessing to the painting, done by Michelangelo and the Warners. 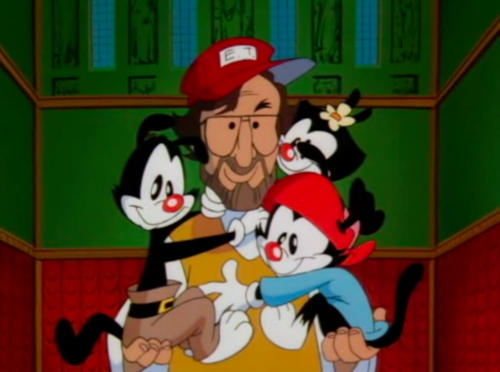 So all's well, that ends well.