Star Wars is in Good Hands

When it comes to my Star Wars Celebration Anaheim experience, many things stand out.  I enjoyed a variety of things from meeting colleagues and Assembly of Geeks listeners in person, to finding exclusives and adding items to my collection of Star Wars merch.  However, I also came away with a great impression of the state of Star Wars.

When it was first announced that Disney was buying Lucasfilm and making more movies, I reacted with excitement mixed with thoughtful intrigue.  I wasn’t one of those people who thought Star Wars would suddenly feature Jedi breaking out into songs in the middle of movies with animated Mynocks swooping in and whistling to the tunes.  Instead, I was excited that Star Wars wasn’t going away.  Yet, I had trouble visualizing what this all meant.

At the end of the day, I didn’t find the acquisition that jarring of a revelation.  As I thought about it, I knew Lucas would have to pass it off to someone at some point.  So why not Disney?  They already had a long standing relationship, and Disney is doing some pretty good things with other franchises like Marvel & The Muppets.  Yet, after the divide among fans over The Prequels, I wondered how these new stories (especially Episodes VII - IX) would compare to everything else.

Before Celebration, we had already been introduced to new books, comics, Star Wars Rebels and a teaser for The Force Awakens.  At Celebration, I not only saw new movie teasers and the first episodes of Star Wars Rebels Season 2, but I also heard great things from cast members and people behind the scenes.  Take all that and the record number of people that didn’t want the convention to be over this year, and you can be assured of this: 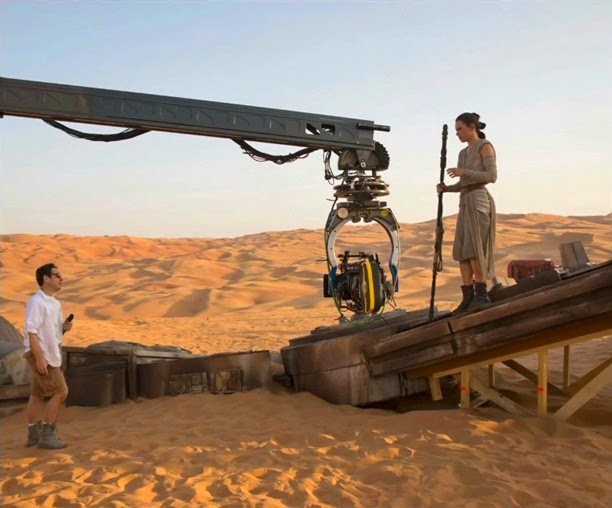 From J.J. Abrams & Kathleen Kennedy to John Boyega & Daisy Ridley…these are people who are fans of Star Wars and care deeply about their involvement in the stories they’re about to help tell.  They care about the fans, and want to do this as right as they possibly can for all of them.

I probably don’t have to tell you that people like Dave Filoni and Simon Kinberg care about what they produce within the Star Wars saga.  They are extremely methodical, keep their creativity deeply rooted in Star Wars history and are also fans.

Gareth Edwards is at the helm of what is now the first of Star Wars anthology films (not spin-offs) and he’s got people plenty excited about the story infused into Rogue One.

The books and comics continue to be successful, and many of their stories are purchased by passionate fans who want to experience even more of what The Story Group is producing.  This is especially true in the comics and novels tied to Star Wars Rebels as fans want to dig deeper into the lives of characters like Kanan and Hera.

Now we get to anticipate the release of books like Star Wars: Aftermath to find out what happened after Return of the Jedi.

Make no mistake- some of the missteps in the past will be avoided in the future.  The people working on the films, books, comics and games all have important roles to play in one consistent story.  This means you get to be as immersed as you want to be in Star Wars without missing a step.  It also means you don’t have to worry about confusing and potentially damaging retcons or story elements that don’t connect as well as others.

It’s proof that George Lucas knew what he was doing when he handed his amazing and beloved world over to Disney.  As Star Wars fans, that is another thing we should be grateful to him for doing.

Think about it, Star Wars really could’ve been over in 1983…or even 2005.  Yet, here we are in 2015 and it’s as big as it’s ever been.  Just like this year’s Celebration, we never wanted it to be over.  While we were excited to see and hear the things we did, we wanted more.

Even though we were sad it had to end, we left knowing that there is so much to look forward to and be excited about.

That is truly one of the most important things to come out of the entire convention.