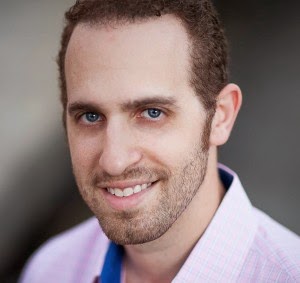 Our quick fire question feature has made a return and our first guest is Jason Aron.

Jason is the director of a very exciting documentary called Back in Time and yes it's all about Back to the Future!  To quote from the Back in Time website:

The documentary film Back in Time is, at its heart, a look at the very real impact the Back to the Future movies have had on our culture. Funnily enough, the film’s genesis is a testament to how large that impact truly is. The project’s origins are humble: what started as an amusing addition to a Bar Mitzvah video, just happened to resonate and get stuck in director Jason Aron’s head. The Back to the Future trilogy had been a childhood inspiration which led to his career in film, and the idea of the
De Lorean time machine wouldn’t leave his thoughts alone.


Shooting in London, England during a Back to the Future event, hundreds of attendees in 1950’s attire were captured for the documentary as they reveled in their shared love of the films; the crew got to set feet upon one of the prophesied hoverboards during a shoot at Hendo Hoverboards; and trips all across America took them from brightly-lit time machine-filled garages to the sun-kissed homes of some truly unforgettable faces.

The crew captured countless hours of footage during filming. From Robert Zemeckis and Bob Gale, to the Sheas and Hollers, and from James Tolkan and Lea Thompson to Christopher Lloyd and Michael J. Fox, Back in Time features interview after interview that simply must be seen.


The film looks incredible and will be available fall 2015.  Check out this trailer for the documentary:

Hope you enjoy them.  Here we go:

You're stuck in a swamp on Dagobah (Star Wars).  What one movie, TV show, album and book would you take?
TV - The new Daredevil (loving it right now)
Album - Live - throwing Copper
Movie - Back to the Future (duh)

If you could invite any three people (alive or not, fictitious or not) to a dinner party, who would they be?
Kurt Cobain
Abraham Lincoln
Ghandi

What is your favourite John Williams soundtrack?
Superman

If you were invisible for a day what would be the first thing you would do?
Rob a bank

What was the last movie you watched that you thought had the 'Wow' factor?
Loved the Hunger Games Trilogy

What is your biggest fear?
Failure

What was the most embarrassing moment of your life?
At a Karate exhibition when I was 9 i couldnt break a piece of paper

Excluding search engines, what three website would you choose if no other websites were available?
Facebook, espn.com, backintimefilm.com

Do you have any guilty pleasures?
Food, all of it

What are you looking forward to the most in the next six months?
releasing Back in Time on October 21

What is your most treasured possession?
My 3 kids


What is your favourite line from a movie?
Put the bunny in the box - Nicolas Cage, Conair

What are you most proud of?
Professionally speaking the amount of places my work has been able to take me to.  It says a lot when clients fly you all over the world.  It says even more when you get to pick where in the world you want to go for work.

If you play video games, what was your most memorable video gaming moment?
Mario 3 Original Nintendo - figuring out the perfect combo of secrets to beat the game

What is your favourite Spielberg movie?
Jurassic Park

Thanks Jason for taking the time to answer our questions.  We here at The Bearded Trio can't wait for the documentary.  It looks amazing.