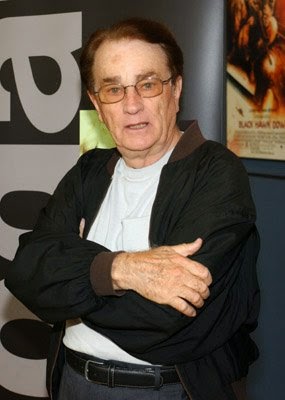 He was born 94 years ago on this day, April the 7th 1921, in Tripple Creek, Colorado, USA, the legendary Cinematographer Wilmer C. Butler, or, as we have come to know him: Bill Butler.

He didn't start working behind the camera right after school (he studied at the university of Iowa), he shot his first films in the early 60's.

He worked with the Great Francis Ford Coppola on his early successes (and thus indirectly also with George Lucas since he and Francis formed American Zoetrope): The Rain People, The Godfather (he was an uncredited Second-Unit Director of Photography on this film) and The Conversation, he was behind the camera on lots of box-office successes, varying from Grease, Rocky II, III, and IV, Hot Shots, Child's Play, to Stripes.

But we, of course, will be forever in his debt for his contribution to two of Spielberg's directorial efforts: Something Evil and Jaws.


Thanks for everyone of those films, and please stay with us for a long, long time.