George Lucas Hasn't Seen The Second Trailer For The Force Awakens Yet. Yep! He's The One. 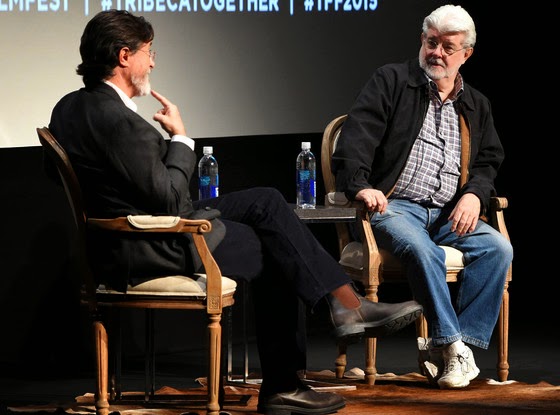 Friday, at a Tribeca Film Festival public talk event hosted by Stephen Colbert, George Lucas gave his opinion on the latest Star Wars trailer or to be more honest...his lack of it:

"I have seen the first one," Lucas said.  He admitted he hasn't seen the second one yet and reiterated what he said before about getting too many spoilers:

"I just saw what was on CBS but I'm going to try to not look at it. I want to see it on the big screen."

"Well, you know, I hope it's successful," Lucas said about the new movies. "I hope they do a great job. I'm excited...I have no idea what they're doing."
Read more at E!